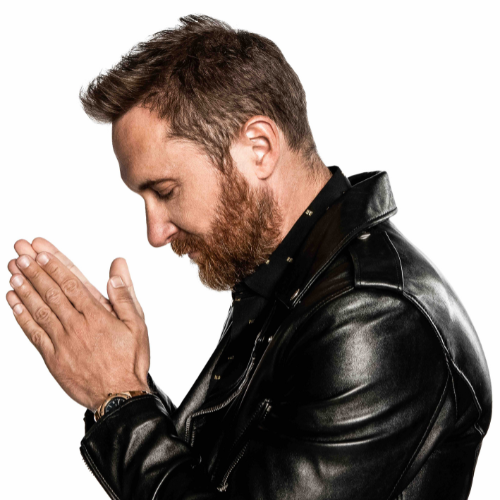 Tickets on sale Friday 9th December at 10am via www.ticketmaster.ie

There are artists and entertainers who achieve stardom and popularity, but few have the influence and endurance to redraw borders between genres and reshape the industry’s dynamics. In 2020, David Guetta hosted a series of livestreams titled United At Homewhich saw him raise over $1.7 million in COVID-19 relief while breaking a Guinness World Record for the most watched DJ set on Facebook.  The  shows  hosted  from  Miami,  New  York,  the  Louvre  in  Paris  and  Dubai  attracted almost 100 million viewers.

Last year also saw him being crowned as The World's No.1 DJ, winning DJ Mag's annual Top 100 DJs poll for the second time -almost a decade after he first took the No.1 spot in 2011. “When Love Takes Over,” the first single of his 2009 album ‘One Love’, hit #1 in the  UK,  the  Guetta-produced Black Eyed Peas song “I Gotta Feeling” became a worldwide hit, topping the charts in 17 countries.


Over the decade since, Guetta’s success has been off the charts. Globally, he’s racked up over 50 million  record  sales,  whereashis  total  number  of  streams  is  over  10  billion.  He  has  received numerous Platinum and Gold certifications and was voted the world’s #1 DJ twice, he was named ‘EDM Power Player’ by Billboard, and won two Grammy Awards out of six nominations. Besides his  hard-won  DJ  skills,  he  is  prolific  in  the  studio,  and  works  with  artists  like  Sia,  Justin  Bieber, Rihanna,  Lady  Gaga,  Nicki  Minaj,  Snoop  Dogg,  Usher,  John  Legend,  Ariana  Grande,  J  Balvin,  Kid Cudi, Anne-Marie, Madonna, Avicii, and Akon, for starters.

He’s made dance music reach the mainstream, fused urban, electronic and pop music into new popular genres, and produced some of the decades’ biggest hits like ’Titanium’, ‘Memories’, ‘Hey Mama’, ‘Say My Name’, and ‘Sexy Bitch’ to name a few. Not only prolific in the world of pop music, David Guetta remains a spearhead of the electronic dance community and started the new Future Rave sound movement in late 2019. The sound which DJs and fans alike call ‘The future of EDM’ has amassed more than 140 million combinedstreams. Meanwhile, David reserves his darkest and deepest tracks for his underground alias Jack Back which represents David’s roots in the club scene.

For over 20 years now, the DJ has managed to stay on top of the game. David Guetta is surely not donewith showing  the  world  his  incredible  sound  and  it  is  safe  to  say  that  at  this  stage  in  his career, David knows exactly where to take it next.