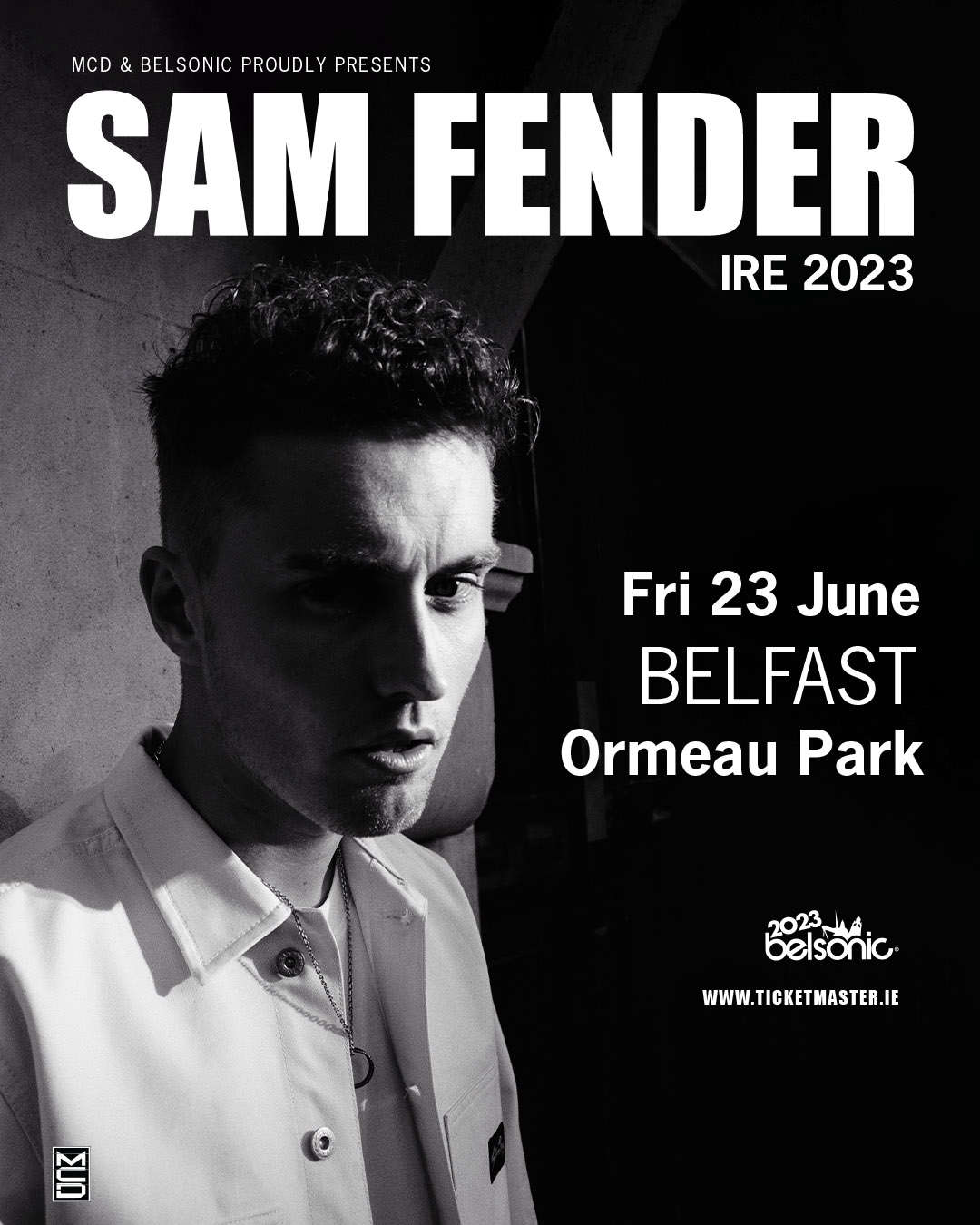 Tickets on sale Friday October 21st at 10am via www.ticketmaster.ie

Following the news of two sold out stadium shows at Newcastle’s St. James’ Park, Sam Fender has announced his biggest ever Belfast date for next summer at Ormeau Park, Belfast on Friday 23rd June 2023.

Tickets on sale Friday October 21st at 10am via www.ticketmaster.ie

Over the past few months, Sam Fender has solidified himself as one of the most celebrated and successful British artists of his generation, pulling a huge crowd on the Pyramid Stage at Glastonbury ahead of his own 45,000 sell-out show at London’s Finsbury Park.

It’s been a huge 2022 so far for the North Shields hero, picking up a slew of BRIT, NME and Ivor Novello Awards. This latest announcement suggests 2023 will be Sam’s biggest year yet.

If Sam Fender’s debut album, 2019’s “Hypersonic Missiles”, introduced a smart, street-wise British songwriter with a penchant for euphoric, hard-hitting guitar anthems, it was 2021’s peerless “Seventeen Going Under” that sent the Newcastle artist stratospheric. An acute observer, Fender turns the mirror not only on the streets he grew up walking, but on himself too. The record is a tough-talking but also tender account of Fender’s childhood and finding his feet in the North of England. It’s also a coming-of-age story, marrying relatable family themes and broken friendships with devastatingly colossal choruses.

“Seventeen Going Under” is also a record that has taken Sam right across the globe, playing to bigger rooms and wider stages, whilst reaping a clutch of awards too (including BRITs, NMEs, Ivor Novellos, and a first Mercury Prize nomination).

Having headlined his first festivals in the UK in the Summer of 2022, and sold out all 45,000 tickets of his most recent headline performance in London, Sam Fender has inadvertently become one of Britain’s most celebrated and successful musicians of a generation.