Alicia Keys has teased a collaboration with Khalid on Twitter. 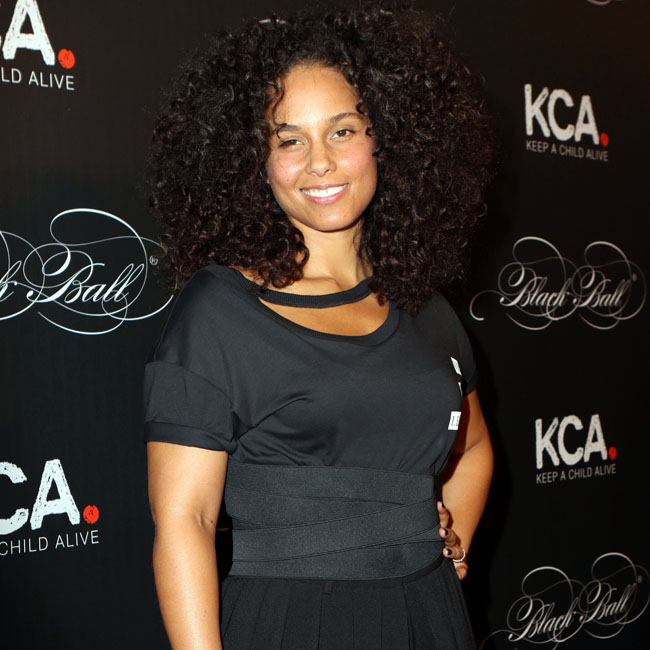 Alicia Keys has teased a collaboration with Khalid.

The 39-year-old singer tagged the 'Talk' hitmaker in a Twitter post, in which she shared a 15-second audio clip.

The 15-second teaser featured the 'Empire State of Mind' star singing: "Because I'm so, so done/I'm living the way that I want".

The song will follow Alicia's most recent single, June's 'Perfect Way To Die', which was released in the wake of the Black Lives Matter protests and explored a "system of racism that looks at Black life as unworthy" and "the culture of police violence".

That same month, Khalid teamed up with Victoria Monét and SG Lewis on 'Experience' and opted to stick with their intended release date to bring joy at a time of civil unrest.

They said in a statement at the time: "We've always used music as a form of escapism from troubling things.

"This song, though deep in subject matter, sonically simply feels joyful and celebratory. It's important to us to highlight and celebrate Black joy and love in the middle of so much pain and trauma."

It's a busy time for Alicia as it was also revealed earlier this week that she would be producing an untitled romantic comedy for Netflix via her AK Worldwide banner.

The movie will star Jay Pharoah and Sinqua Walls and focuses on aspiring pop star Erica, who reluctantly takes a gig on a luxurious island while suffering a career meltdown - only to discover that it is her former fiancé Jason's wedding.

And the 'Fallin'' hitmaker has also partnered with E.l.f. Beauty for a new beauty range, the specific details of which have yet to be announced.