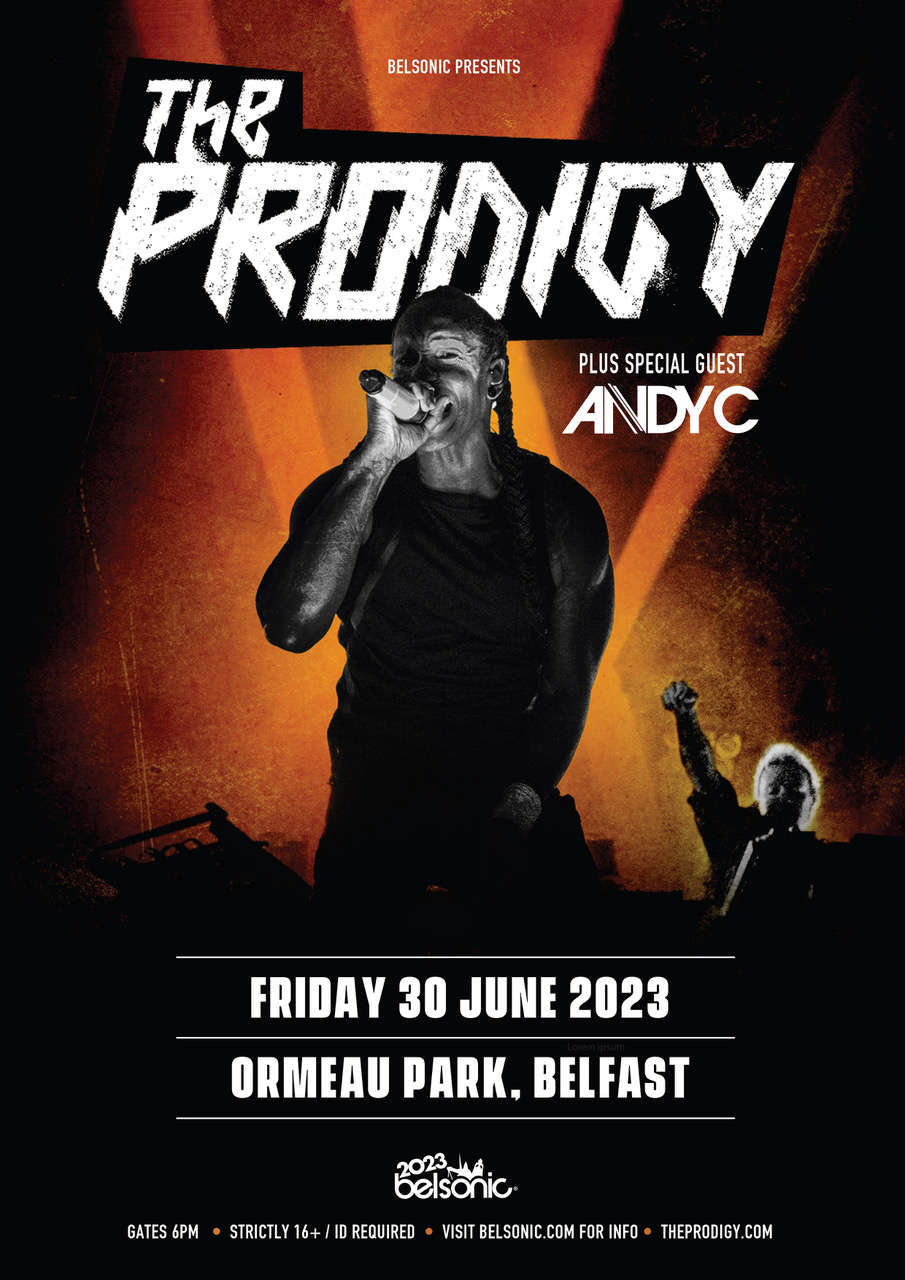 The Prodigy has announced a very special outdoor performance for 2023 at Ormeau Park, Belfast on Friday 30th June 2023 with special guest, Andy C.

Tickets on sale Friday 11th November at 9am via www.ticketmaster.ie

Following the band's incendiary and emotionally charged sellout tour of the UK last July, their first since Keith Flint passed away in March 2019, the band knew it was the right time for them to bring their unstoppable live performance back to the outdoor festival stages next summer.

Liam stated - “we always said from the start, as long as the people wanna see us, we will be there for them, to play our tunes live with full power and much rukus ”

Currently the band are back in the studio working on new music. following up their last album ’no tourists’, an album that saw them break the record for the most UK Number 1 albums by an electronic artist, with 7 consecutive no.1s stretching back to 1994’s music for the jilted generation,

“get ready for the new wave of fire!!! this one’s for flinty”