It Just Won't Do

Halsey has announced the release of her debut live album, 'Badlands: Live From Webster Hall'. 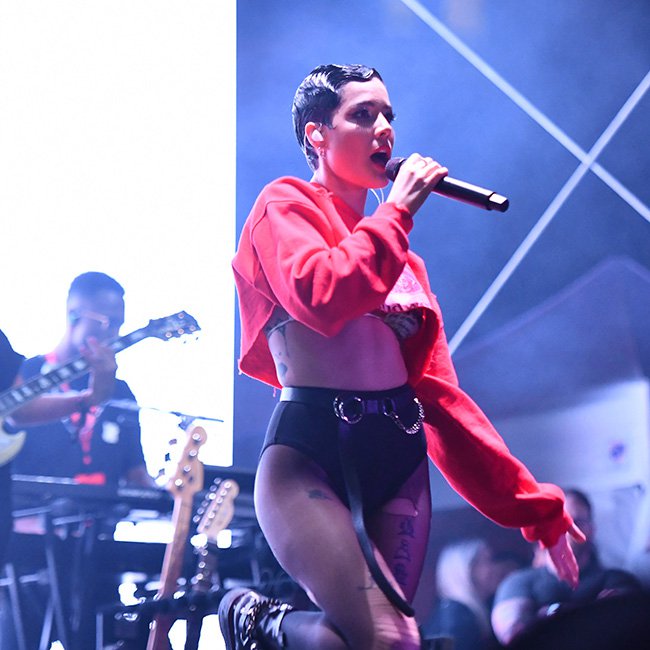 The 'Without Me' hitmaker is celebrating the fifth anniversary of her much-adored 2015 debut album, 'Badlands', by releasing the record of her 2019 performance from New York's legendary Webster Hall, this Friday, August 28.

Halsey announced on her social media pages: "Secret is out! After 5 years, we're going back to the Badlands. This Friday, August 28th, I am excited to share my very first ever live album: "Badlands (Live From Webster Hall)" (sic)"

The pop star had been teasing fans about a 'Badlands' announcement, and also launched a website for the record last week, which included the message: "Don't visit Badlands."

While her fans are obsessed with the 'Badlands' era, ahead of the release of Halsey's most recent album, 'Manic', in January, the 25-year-old singer admitted she feels the latter is far better.

The '11 Minutes' singer took part in a Twitter Q&A with fans, and when the 'Graveyard' hitmaker was asked if 'Manic' is better than 'Badlands', Halsey replied: "my friends and I think so. it's just a different thing. it's sooooooo real. (sic)"

Secret is out! After 5 years, we’re going back to the Badlands. This Friday, August 28th, I am excited to share my very first ever live album: “Badlands (Live From Webster Hall)” pic.twitter.com/71g7HhdEJ0

The 'Experiment on Me' singer has lost peers Mac Miller and Juice - the latter of whom featured on a remix of her hit single 'Without Me' - in recent times and admitted seeing their unreleased music released after their deaths got her thinking about whether she should be "prepared" for the day she passes away and whether she needs to tell her team which songs she wouldn't want to to share with the world.

In a candid interview, she said "It's terrifying seeing your friends put out posthumous records.

"Should I be prepared?

"Do I need to tell my team what to do if anything happened to me, what I wouldn't want to go out?

"I used to say music immortalises you - then it got real. Hopefully, it's a good thing that we're talking about it because artists need to take better care of themselves."