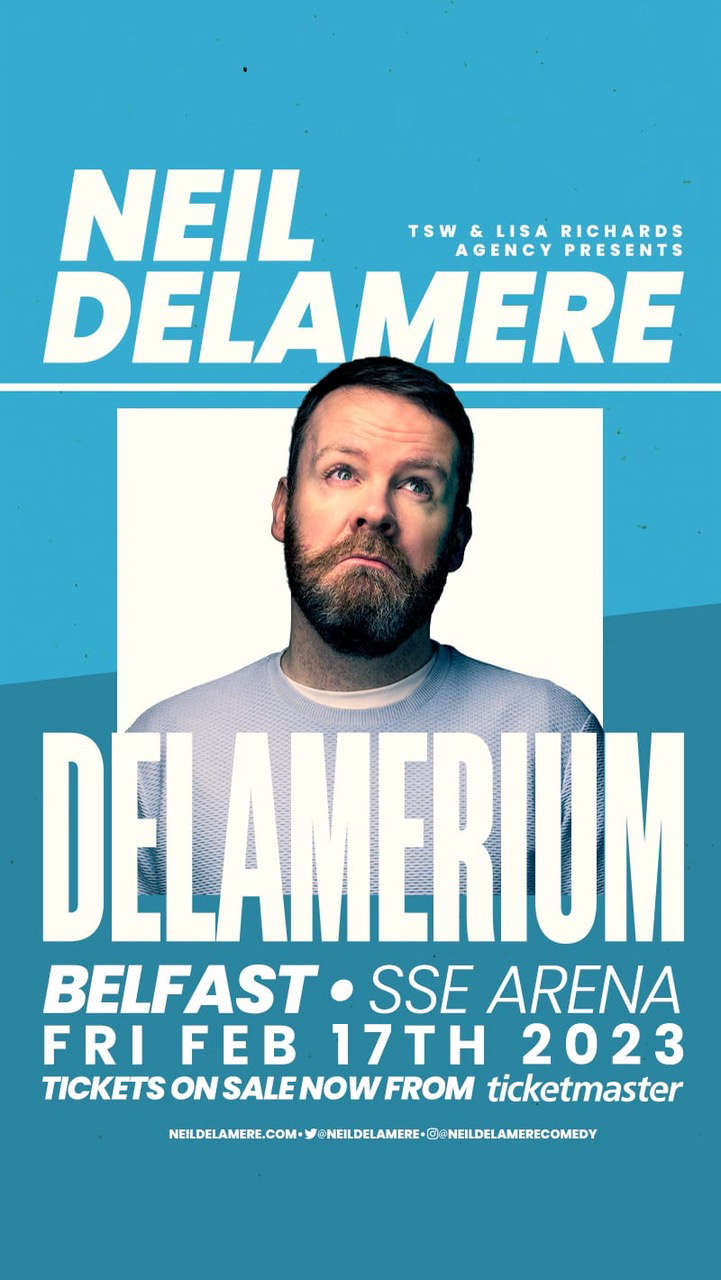 Following his sold out SSE Arena show earlier this year, one of Irelands top comedians and star of BBC’s ‘The Blame Game’ Neil Delamere is pleased to announce a new solo headline show at Belfast’s SSE Arena on Friday February 17th 2023.

Tickets on sale Friday April 29th 2022 @ 10am from ticketmaster.ie & ssearenabelfast.com

Neil is back with another hilarious show that promises to leave the audience in a state of Delamerium. We will leave it up to him to explain whatever that means.

Best known for his hilariously quick-witted appearances on myriad panel shows including his long running tenure on the Blame Game and his live tours, Neil Delamere has been described as a ‘master of stand-up’ by the Scotsman and a ‘wryly brilliant live performer” by the Sunday Times.

He is a regular contributor on the Newsquiz, the Now Show and The Unbelievable Truth on BBC Radio 4 and Fighting Talk on BBC5 Live.

Neil has also appeared on Richard Osman’s House of Games and The Michael McIntyre Show on BBC as well as The World Stands Up and Live At The Comedy Store on Comedy Central.

Neil has performed all over the world including at the Edinburgh, Montreal and Melbourne festivals where his showhave garnered multiple 5 star reviews.

“No TV camera could accurately measure the lightning speed of Delamere’s wit”.
The Irish Times