The Rolling Stones have teased the release of a new song called 'Criss Cross', an outtake from 'Goats Head Soup'. 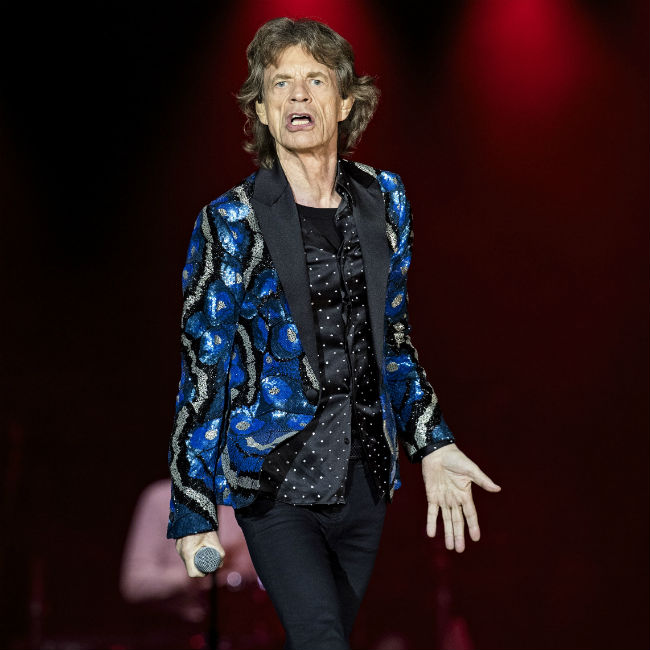 The Rolling Stones are set to release their new track 'Criss Cross'.

They also posted a short clip of 'Criss Cross' - which is an outtake - and captioned the post: "Givin' me a CRISS CROSS mind... (sic)"

The song and its accompanying music video will arrive at 2pm (BST).

Diana Kunst - who has worked on videos for the likes of Madonna, A$AP Rocky, James Blake and Rosalia - has helmed the promo.

The legendary group have previously reissued 'Sticky Fingers', 'Exile on Main Street' and 'Some Girls'.

In April, the 'Satisfaction' rockers released their first original music since 2012, the reggae-tinged single 'Living In A Ghost Town', which they worked on last year and completed whilst in isolation amid the global health crisis.

The 'Brown Sugar' hitmakers - completed by Ronnie Wood, Keith Richards and Charlie Watts - referenced the coronavirus pandemic on the line: "Life was so beautiful, then we all got locked down."

Frontman Mick hoped the song - their first since the singles 'Doom and Gloom' and 'One More Shot' from their 2012 best-of compilation 'Grrr!'- would "resonate" with everyone in these unsettling times.

He said that "recording some new material before the lockdown and there was one song we thought would resonate through the times that we're living in right now. We've worked on it in isolation. And here it is."

Whilst guitarist Keith added: "We cut this track well over a year ago in LA for a new album, an ongoing thing, and then s**t hit the fan.

Mick and I decided this one really needed to go to work right now and so here you have it."

The iconic band are known to be working on a new album of original tunes - their first since 2005 LP 'A Bigger Bang' - and bassist-and-guitarist Ronnie previously teased it's going to be "very diverse".

He said: "[Work on the album is] ongoing. Taking on shape.

"It's going to be great. Once we've decided what tracks we're gonna use."