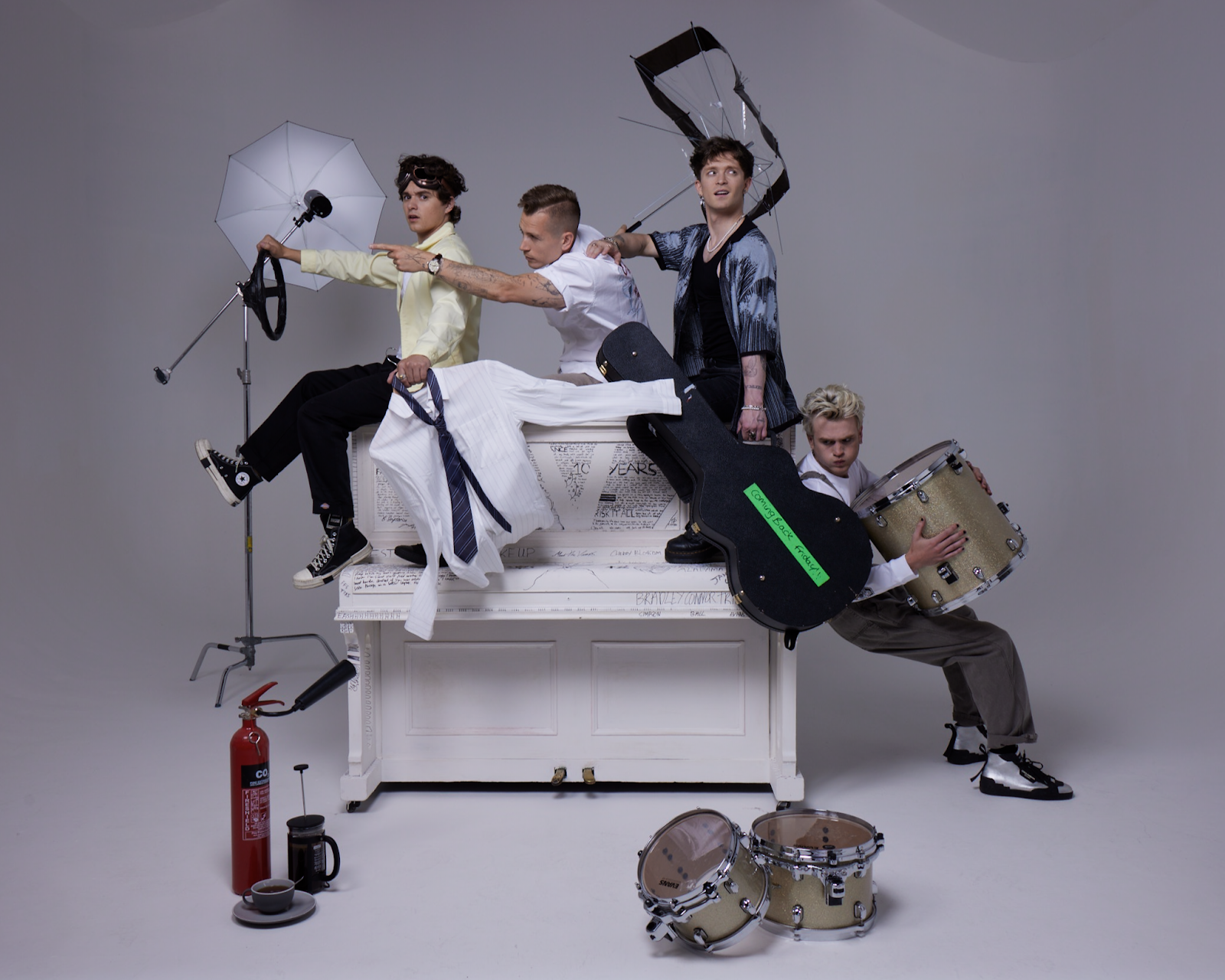 The Vamps have just announced a Greatest Hits Tour to celebrate becoming one of the most loved and celebrated pop bands in the UK over the last 10 years.

The band are set to perform all the hits at Dublin’s 3Arena on Saturday 3rd December and SSE Arena Belfast on Monday 5th December 2022.

Tickets on sale Friday 1st July at 10am from https://singularartists.ie/show/the-vamps.

From posting videos in 2012 on YouTube that brought the band together, to multiple arena tours and number one albums, it's been a whirlwind decade for The Vamps!

Reflecting on the last 10 years, the band have said:

“It’s crazy to think what started in our bedrooms and Tristan’s parent’s garage led to us headlining arena’s all around the world. The past 10 years have been an incredible journey but what makes it even more special is that it has felt like a shared one between us and our fans. The Vamps have taken us across all five continents and given us the privilege of playing in front of millions of people. These five albums are chapters in our lives and moments we are hugely proud of. This last year has been one of reflection for us and as four best friends who’ve had the chance to live out our dreams we now can’t wait to celebrate these memories with you all.”

Fans can also get their hands on a special edition fanzine 'Ten Years Of The Vamps' produced as a collaboration between the band and the fans that will be released on 14 October. After an overwhelming response from the fans to a band shout out asking for their own personal Vamp’s memories, this collection is something personal between fan and band. As well as these photos, it includes limited edition merchandise such as art cards and a CD containing previously unreleased recordings all housed in a zine book that documents the bands journey over the last ten years. There are unreleased photographs, photographs of memorabilia from the band’s personal archives, an exclusive interview with the band, plus QR linked bonus content exclusive to the zine.