The Weeknd and Calvin Harris have seemingly joined forces on a new song called 'Over Now'. 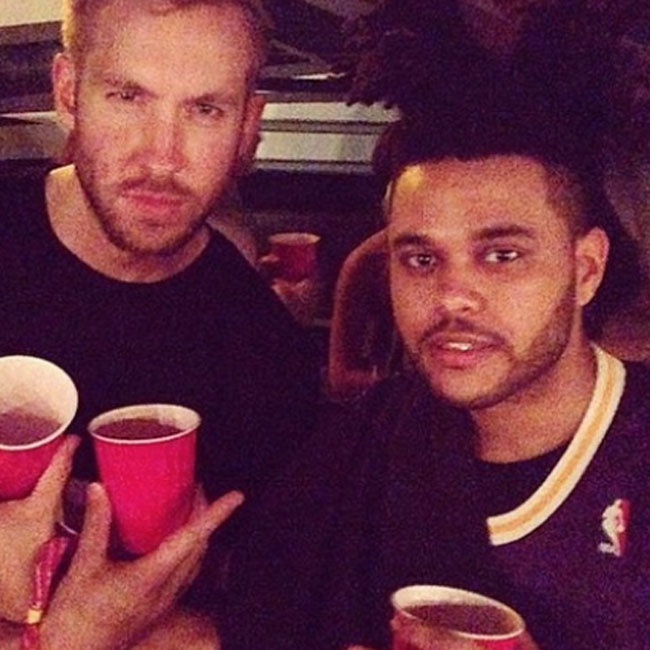 The Weeknd and Calvin Harris have seemingly teased a collaboration.

The pair both sparked speculation that they have something in the works when they posted a throwback selfie of themselves drinking together on Instagram, and the Scottish DJ later shared a clip of the retro-sounding track, 'Over Now', on his Story, which appears to be the rumoured collaboration.

Their selfie was cryptically captioned: "don't get too confused. (sic)"

It's rumoured that the collaboration will feature on Calvin's next album, however, with his Love Regenerator project in full swing, it's also been suggested it could be for that.

There's currently no word on when the track will be released.

As for the Weeknd, the 'In Your Eyes' singer recently teamed up with Doja Cat on a remix of 'Blinding Lights' from his acclaimed LP, 'After Hours'.

It followed the deluxe version of the record, which featured a slew of remixes, including rapper Lil Uzi Vert on 'Heartless', Chromatics' remix of 'Blinding Lights' and Oneohtrix Point Never's spin on 'Save Your Tears'.

Meanwhile, the collaboration teaser comes after The Weeknd and Doja were among the artists confirmed to perform at the MTV Video Music Awards on August 30.

The Canadian hitmaker - who is up for an impressive six awards - will be performing at an outdoor location after it was announced that the ceremony will no longer be held at Brooklyn's Barclays Center, due to "safety concerns" amid the Covid-19 pandemic.

Gaga and Ariana are set to perform their duet, 'Rain On Me'.

The pop superstars are in contention for nine prizes each, including seven joint nominations for their collaborative track, which is up for Video of the Year, Song of the Year, Best Collaboration, Best Pop, Best Cinematography, Best Visual Effects, and Best Choreography.

And the 'Sour Candy' singer and '7 Rings' hitmaker are set to give the world premiere performance of the mega-hit from Gaga's acclaimed album, 'Chromatica'.