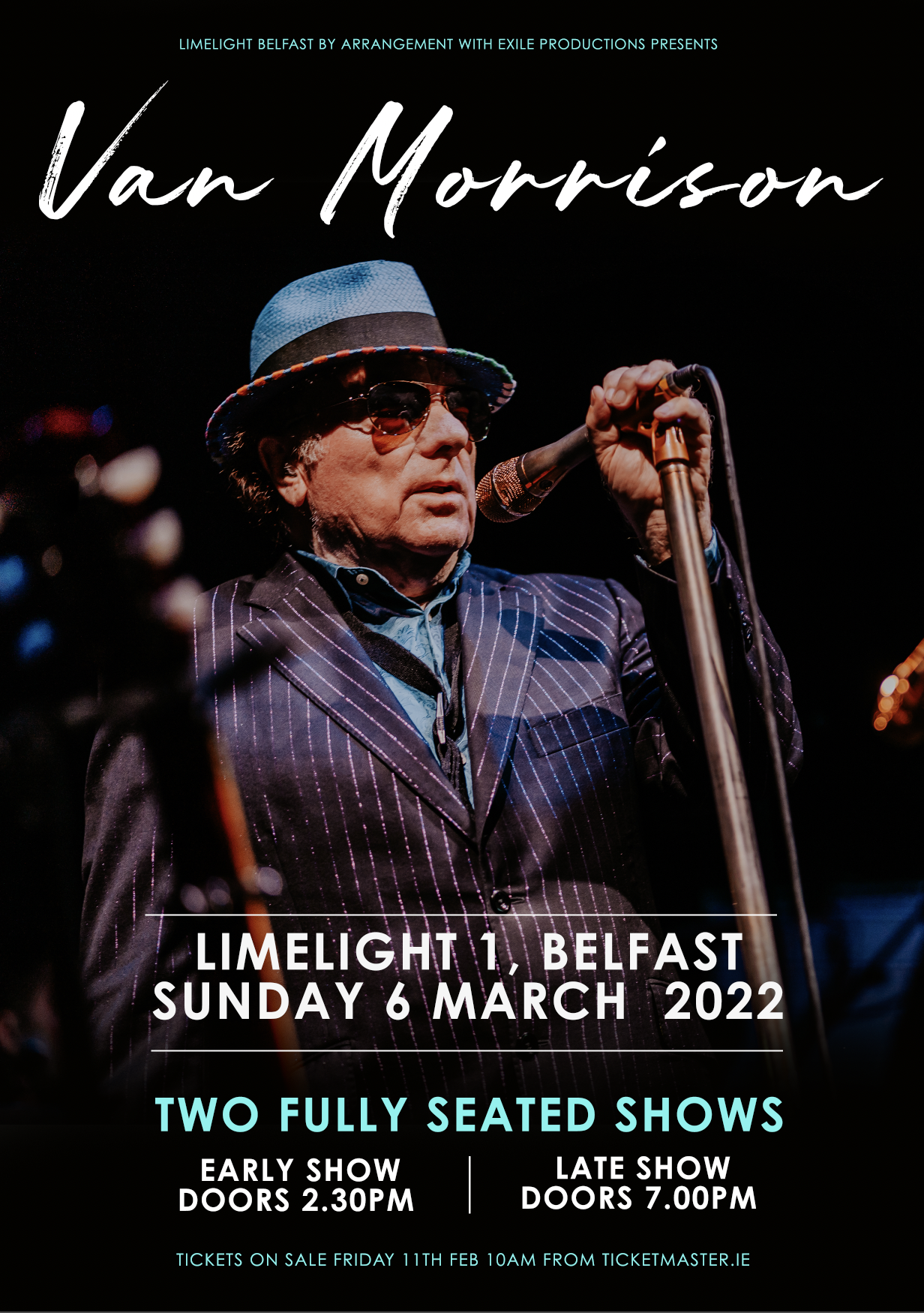 Born in 1945, Van heard his Shipyard worker father’s collection of blues, country and gospel early in life. Feeding off musical greats such as Hank Williams, Jimmie Rodgers, Muddy Waters, Mahalia Jackson and Leadbelly, he was a travelling musician at 15 and singing, playing guitar and sax in several bands before forming Them in 1964. The band enjoyed chart success with instant hits such as the much covered ‘Gloria’ and ‘Here Comes The Night’.

Since striking out on his own in 1967 with the release of 'Blowin’ Your Mind!', Morrison’s music has continued to span genres including R&B, Jazz, Blues, Gospel, Folk and Soul. Van’s unrivalled song writing and musicality continues to evolve with the creation of new material and reinterpretation of older classics.

2021 has seen the release of Van’s 42nd studio album Latest Record Project Vol. 1, a 28 track double album delving into his ongoing love of blues, R&B, jazz and soul. The album is out now.

Tickets on sale Friday 11th Feb at 10am from ticketmaster.ie