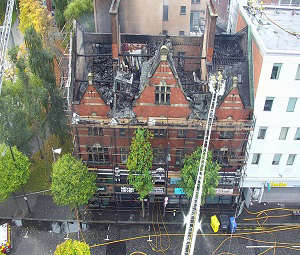 The 18 year old is due in court in Belfast today

A man has been charged with arson following a fire at a historic building in Belfast’s Cathedral Quarter.

More than 50 personnel were involved in fighting the fire at Old Cathedral Building on Donegall Street from the early hours of Monday.

A Northern Ireland Fire and Rescue Service (NIFRS) spokesperson said they were alerted to the blaze at 5.37am.

The Police Service of Northern Ireland said an 18-year-old man would appear in court in Belfast on Tuesday.

A PSNI spokesperson said: “The man was charged with arson with intent to endanger life, burglary and possession of a Class B controlled drug.

“As is usual procedure, all charges will be reviewed by the Public Prosecution Service.”

The NIFRS sent eight fire appliances from Belfast, a Command Support Unit from Lisburn, two aerial appliances, 52 firefighters and five officers to the scene in the early hours of Monday.

The building hosts a number of small creative businesses.

Tina Calder, owner of Excalibur Press, which has offices in the building, said: “I got a call this morning just before 6am. My brother is a security guard at the Ulster University and he said, ‘Tina, your building is on fire’.

“Of course, I sprang up, got a taxi, came in and literally for about an hour-and-a-half, just stood here crying watching the building go up in flames.

“I was able to give them keys, ring the landlord and the agent, and I made contact with the other tenants in the building as much as possible.

“It was just heartbreaking as I watched people’s studios go. One man owns a violin-making studio – it was gone. There are illustrators in there that have artwork.

“We can see that our offices are probably going to have significant water and smoke damage. All five of my staff are working from home today.”

Ms Calder added: “We’ve had a wonderful outburst of support from the community here in Cathedral Quarter, asking what can they do to help, and it’s just wonderful to see that community come together to support us.” 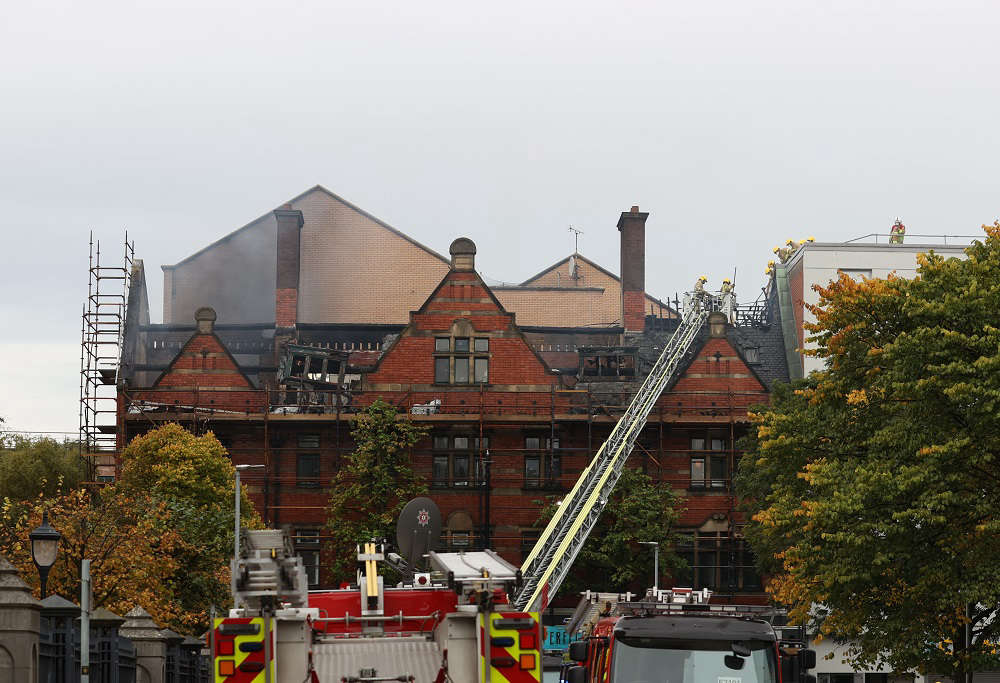 Firefighters at the scene of a blaze at a historic building in Belfast's Cathedral Quarter, where more than 50 personnel have been involved in the operation at Old Cathedral Building on Donegall Street (Picture by Liam McBurney)