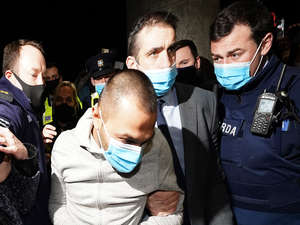 A man has been remanded in custody after being charged with the murder of  teacher Ashling Murphy.

Jozef Puska, 31, of Lynally Grove, Tullamore, Co Offaly, was heckled as he was taken from a Garda car to a special sitting of Tullamore District Court on Wednesday evening.

A large crowd gathered outside the courthouse as he was taken away by gardai.

He told the court the accused was charged with murder at 7.42pm on Wednesday.

Det Sgt Scahill told the court that when he was charged with the offence, Puska replied: “No.”

Defence solicitor Eoin Lysaght made an application for legal aid and for the services of an interpreter for the future court appearance.

The court was told that Puska, who was wearing a grey jumper and grey tracksuit bottoms, is a Slovakian national.

A statement of his means was provided to the court during the brief hearing.

A number of family members stood in court with framed pictures of Ms Murphy.

A second man, arrested under Section 30 of the Offences Against the State Act 1939, has been released without charge.

A file is to be prepared for the Office of the Director of Public Prosecutions.

Ashling Murphy murder - man aged in his 30 who was arrested yesterday has been charged. He is due to appear before a special sitting of Tullamore District Court this evening. pic.twitter.com/MjWIyjwskQ

The body of Ms Murphy, a talented musician and teacher, was found on the banks of the Grand Canal in Tullamore on Wednesday January 12.

A crowd of around 40 people walked along the canal on Wednesday 19, close to where her body was found, to mark a week since her death.

On Tuesday, large crowds gathered in the village of Mountbolus and outside St Brigid’s Church, where her funeral was held.

Vigils have been held across Ireland and the world to remember Ms Murphy and to call for a change in tackling gender-based violence. 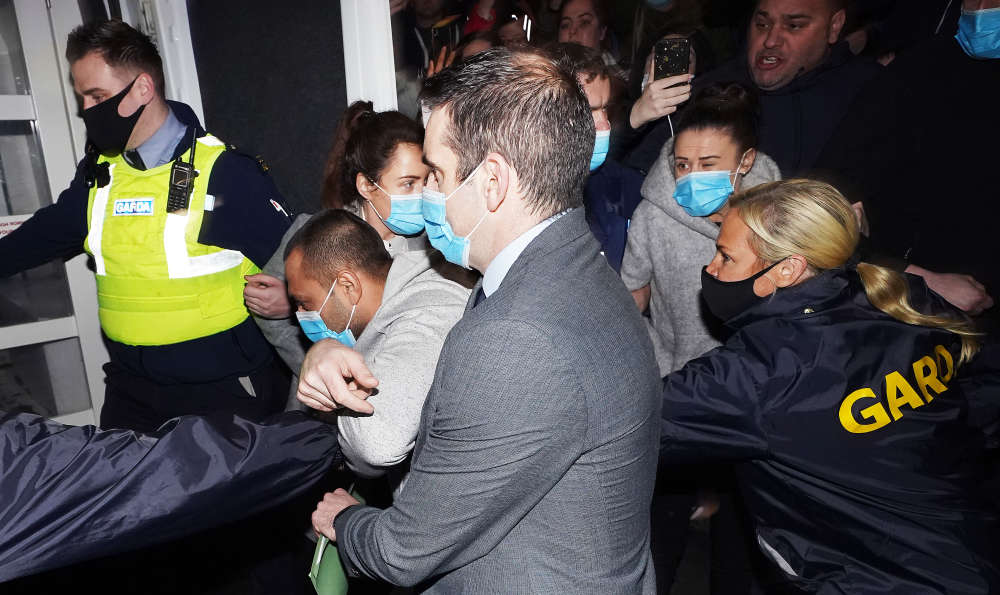 Jozef Puska, 31, (second left grey hooded top) is led to a police van after appearing at Tullamore District Court where he is charged with the murder of Irish teacher Ashling Murphy who was found dead after going for a run along the Grand Canal in Tullamore, Co Offaly