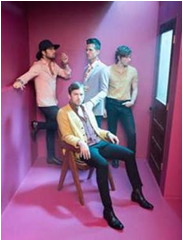 Due to phenomenal demand, Kings Of Leon have added a third and final Irish date at Dublin’s 3Arena on 04 July 2017.

Tickets for the third and final date go on sale this Wednesday at 9am.

Tickets from €85.50 including booking and facility fee go on sale at 9am this Wednesday, 15 February via Ticketmaster.ie and outlets nationwide.

Colorado’s Nathaniel Rateliff & The Night Sweats’ self-titled debut album was released in 2015. Their new EP “A Little Something More From” is available now.