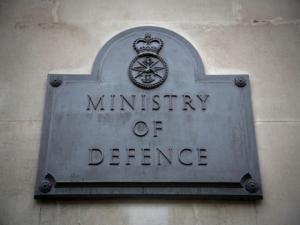 A Belfast plant has received a major boost following the awarding of three contracts worth over £70 million by the Ministry of Defence.

Thales is part of a consortium of UK industry partners to produce advanced demonstrators as part of the novel weapons programme (NWP).

The four-year contract awarded to the consortium headed by Thales UK and Raytheon UK, will create 49 new jobs across the UK, including 30 with Thales in Northern Ireland, and will sustain 249 jobs.

Directed energy weapons (DEW) are the next-generation technologies and regarded as having the potential to revolutionise the battlefield and reduce the risk of collateral damage.

They are powered by electricity and operate without ammunition significantly reducing operating costs, increasing platform endurance and providing unprecedented offensive and defensive flexibility to personnel on the frontline.

The British Army’s Wolfhound armoured vehicle will also host this demonstrator which will also elevate capability in counter-UAV and other air threats, as well as prosecuting land-based targets.

The radio frequency demonstrator will also be used by the British Army, hosted on a MAN SV truck detecting and tracking a variety of air, land and sea targets.

This contract will create 30 new jobs in Belfast.

Philip McBride, managing director, Thales Belfast described the announcement as a “good news story for Northern Ireland and its reputation as a hub of technology excellence”.

“They allow us to expand our capabilities and ensures we are a significant part of MoD’s thinking in developing and delivering novel weapons to the British Forces for many years to come,” he said.

“The awards also help create a centre of excellence for novel weapons in Northern Ireland and allows us to broaden our skill base and develop the suitably qualified, experienced team we need for the future.

“We are very pleased to be supporting the MoD on this ground-breaking technology and it’s a boost to the workforce to see UK MoD continue to invest in our business.

“As a major defence prime, this will be an encouragement to the excellent supply chain we have here in Northern Ireland and shows that Government and MoD see Northern Ireland as a provider of high-tech solutions.”