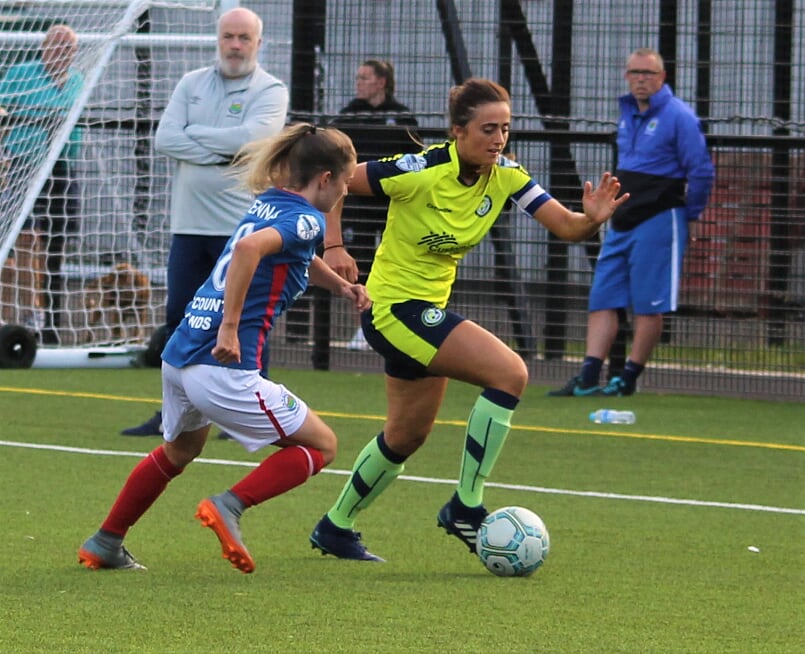 Linfield Ladies player Alison Smyth has been recovering in hospital after a serious leg injury sustained in Friday night's 2-0 defeat against Sion Swifts.

The Danske Bank Women's Premiership game in Strabane was delayed for almost half an hour in the first half after a collision.

The Blues issued a statement on Sunday outlining the circumstances:

"Linfield Ladies suffered a disappointing loss in Friday night's game away to Sion Swifts but in reality that loss is totally insignificant compared to the huge loss of star striker Alison Smyth due to serious injury.

"Alison remains in hospital while the full extent of her leg injury is assessed and treated.

"On 28 minutes a dangerous free kick into the box resulted in a coming together with the keeper in the box. Alison Smyth lay motionless and in agony as the club physio and then a nearby ambulance crew attended to the Linfield star.

"Both player and club have received and appreciated many supportive messages from across the Linfield family and further afield."

The Blues have also thanked ambulance and hospital staff as well as Sion Swifts players and officials for their help and support.

They go up to fourth place - the Blues stay four points clear at the top.

Linfield return to the North West on Monday night for an Electric Ireland Women's Irish Cup quarter-final against Derry City at the Brandywell.

All the ties start at half past seven.