Dancing With A Stranger

Barry Gray back in charge at Warrenpoint Town after McDonnell departure 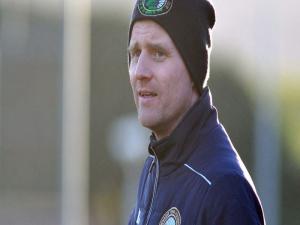 Barry Gray, back in business at Warrenpoint. Pic: NIFL.

Warrenpoint Town have a 'new' manager.

The 27-year-old Dundalk man had been in charge at Milltown for 18 months.

The club said on Wednesday they had 'parted ways' after a 7-0 defeat at Linfield on Tuesday night.

Point currently sit bottom of the Danske Bank Premiership after losing 11 of their first 12 league matches.

They go to Carrick on Saturday.

There's one match in the Premiership on Friday night - fifth-placed Glentoran host Ballymena United, who are four points behind them at sixth in the standings.

Just in: Warrenpoint Town say they have “parted ways” with manager @StephenMcD8. Lost 11 of 12 games this season. Bottom of #DanskeBankPrem However, 27-year-old was behind revival in club’s fortunes last season and took them to Irish Cup semis. pic.twitter.com/nz30FkyfNr

Glenavon have been dumped out of the BetMcLean League Cup by Newry City.

A late goal from John McGovern gave the Championship side a 3-2 victory at Mourneview Park on Wednesday night.

Darren Mullen's men will be at home to Institute in the quarter-finals next Tuesday.