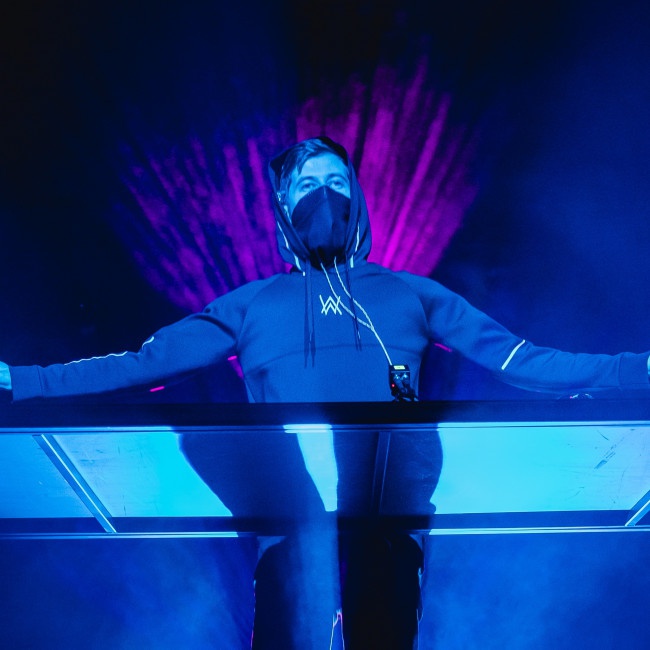 The 23-year-old DJ and producer has sampled the Eurodance classic - originally released by Scatman John in 1994 - on his own song 'Sweet Dreams', and he explained the appeal of putting fresh twists on "older" tracks.

He told The Sun newspaper's Bizarre column: "It’s such a great throwback and such a memorable melody, you go around singing it.

“Recreating older songs is what’s in at the moment.

“It’s a cool song to work with because it’s really going to sit on your mind. It was an honourable one to work on.”

For the track, the English-Norwegian star teamed up with Kazakh producer Imanbek, although they found it tough to communicate when they finally met on the set of the music video.

Alan added: "We met for the first time when shooting the video in Dubai. He doesn’t speak English so we had to resort to drastic measures to communicate.

"I downloaded Google Translate and we kept talking using that.”

The producer has previously teamed up with the likes of Ava Max, Noah Cyrus and A$AP Rocky, while producing remixes for Sia, Coldplay, Kygo, Bruno Mars, and Julia Michaels.

Earlier this year, Alan revealed he had kept busy during lockdown as he lined up everything for 2021.

Back in February, he said: "I’ve honestly spent my time in lockdown quite productively actually.

"I work with a great team in Norway, and we’ve set a lot of plans for 2021, so believe it or not, I’ve been pretty busy over the last few months!

"Other than that, I’ve kept my free time and attention on producing new music, playing videogames with my friends online, listening to new and inspiring music – and staying connected with the Walkers on social media."