LISTEN: MLAs vote against proposed ban on hunting with dogs in Northern Ireland 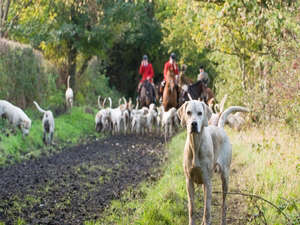 Hunting with dogs banned in rest of UK

A proposed Bill to ban hunting with dogs in Northern Ireland has been defeated in the Stormont Assembly.

The region remains the only part of the UK where hunting wild mammals with dogs is still permitted.

Thirty-eight MLAs voted for the bill on Monday, while 45 voted against.

The Private Members’ Bill, which was brought by Alliance MLA John Blair, will not now move to the committee stage.

The Countryside Alliance had urged MLAs to vote against the Bill, describing it as “very clumsily cobbled together with absolutely no regard or thought for its wider implication”.

A proposed Bill to ban hunting with dogs in Northern Ireland has been defeated in the Stormont Assembly pic.twitter.com/u4TKV7on5Y

Opening the debate on the second stage of the Bill, Mr Blair described hunting with dogs as a “cruel and unnecessary sport that causes immeasurable suffering to both the hunted animals and the hunting dogs”.

“It is my intention in bringing forward my Private Members’ Bill to reform legislation of hunting wild mammals with dogs in Northern Ireland to bring our legislation in line with that in England, Scotland and Wales, where the practice has been illegal for nearly 20 years,” he said.

“The Bill is not intended in any way to restrict traditional country sports such as shooting, using gun dogs or angling.

“The Bill maintains appropriate balance by exempting hunting from the ban in certain circumstances, including avoiding damage to livestock, crops or property, and causing damage to the biological diversity of an area.

“We have an historic opportunity to make a significant difference. A real opportunity here for Northern Ireland not only to catch up with the rest of the UK but to lead the way in ensuring full robust protection for animals persecuted for sport and for human enjoyment.” 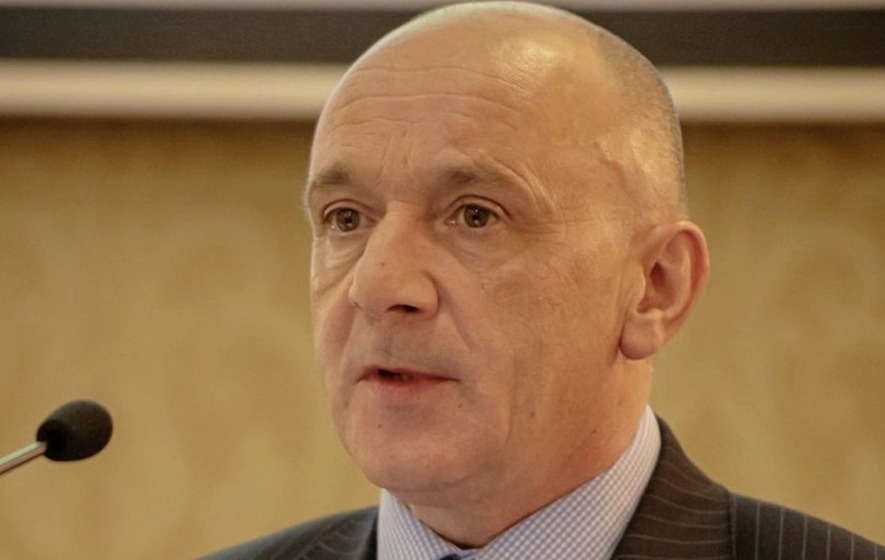 “Polls and consultations have repeatedly shown that a large majority of the public in Northern Ireland are in favour of a ban.

“It’s inexcusable that MLAs have today gone against the will of the public and blocked this latest attempt to ban this cruel practise,” she said.

“The SDLP had reservations about elements of this legislation but we were prepared to work to resolve the challenges by amending the Bill in service of the overall objective of preventing cruelty to animals,” she said.

“It is incredible that Sinn Fein and many DUP MLAs were unwilling to work toward that goal with us.” 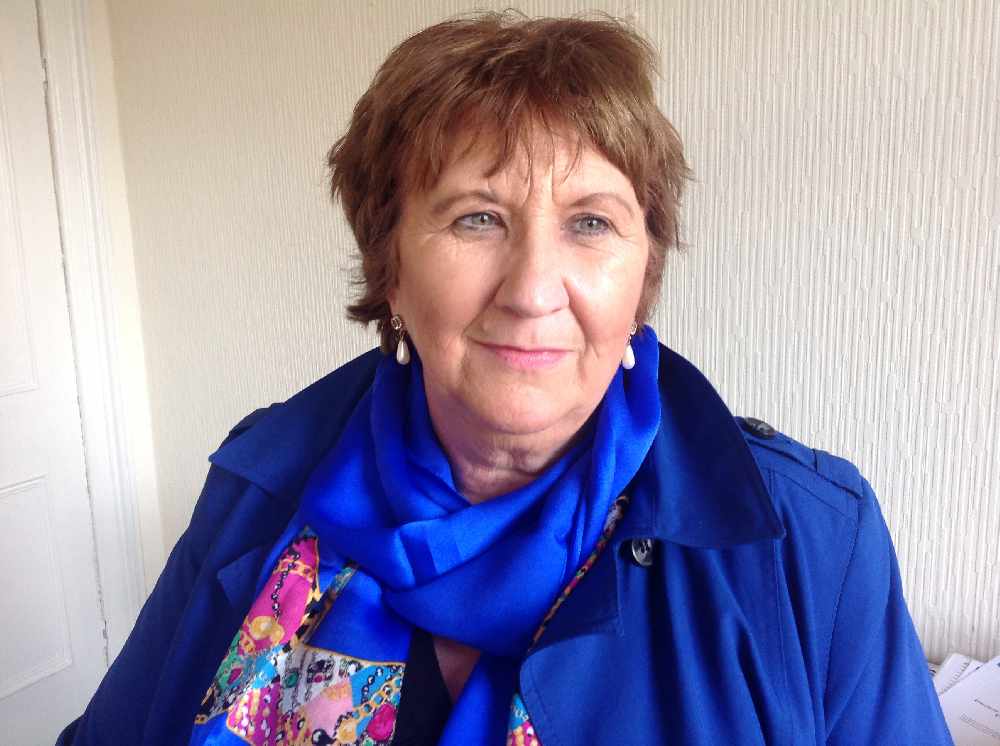 MLA Dolores Kelly has called it a missed opportunity

Chairman of the Stormont Agriculture Committee, Declan McAleer, earlier said the committee has not yet agreed a stance on the Bill.

He had said his party (Sinn Fein) does not agree with a ban on hunting, but that there are elements of the Bill which it does agree with.

“Legislation as it currently stands we feel is unworkable and would require significant additional time in the committee to rectify it, and that’s time we currently don’t have, given the challenges of other legislation such as both of the climate change bills,” Mr McAleer said earlier.

“I have no doubt that this issue will be revisited in the next mandate when appropriate time can be set aside to examine the issue in a round and to work alongside stakeholders to see what legislative changes are needed, if any.”

DUP MLA William Irwin had opposed the Bill, describing it as “bad legislation”.

He said he had received “hundreds of pieces of correspondence from people who are deeply concerned by this poorly thought-out bill”.

“Practically every dog owner in the country whose dog may at some point chase a wild animal could indeed be committing an offence if this poorly thought out and ill-advised law were actually to come into force,” he told MLAs.

He had warned that the Bill would create an “absolute legislative nightmare” and a “significant resource implication for the PSNI”.

Speaking ahead of the debate, Stormont Agriculture Minister Edwin Poots indicated he would not be supporting the Bill.

Mr Poots contended foxes are a threat to some ground-nesting birds such as red grouse and hen harriers.

Hunting with dogs has been banned in England, Scotland, and Wales since the early 2000s.

The Bill gained significant support during a public consultation with nearly 80% of the 18,000 respondents in favour of a ban.

It is understood to be the largest consultation response in Stormont’s history.

Northern Ireland animal welfare charity USPCA, said it was disappointed with the vote.

Chief executive Brendan Mullan said the result was “contrary to the views of the public”.

“Hunting wild mammals with dogs is sadistic and cruel and has no place in an advanced and compassionate society.

“We are staggered that half of our political representatives do not hold this view and encourage members of the public to reflect on whether their views have been appropriately represented on this issue,” he said.

“We have been clear from the start that today’s bill was anti-rural and dangerous.

“Mr Blair’s bill was clumsily drafted and riddled with proposals which, if implemented, would not only potentially criminalise every dog owner in Northern Ireland but also represent an attack on the rural way of life.” 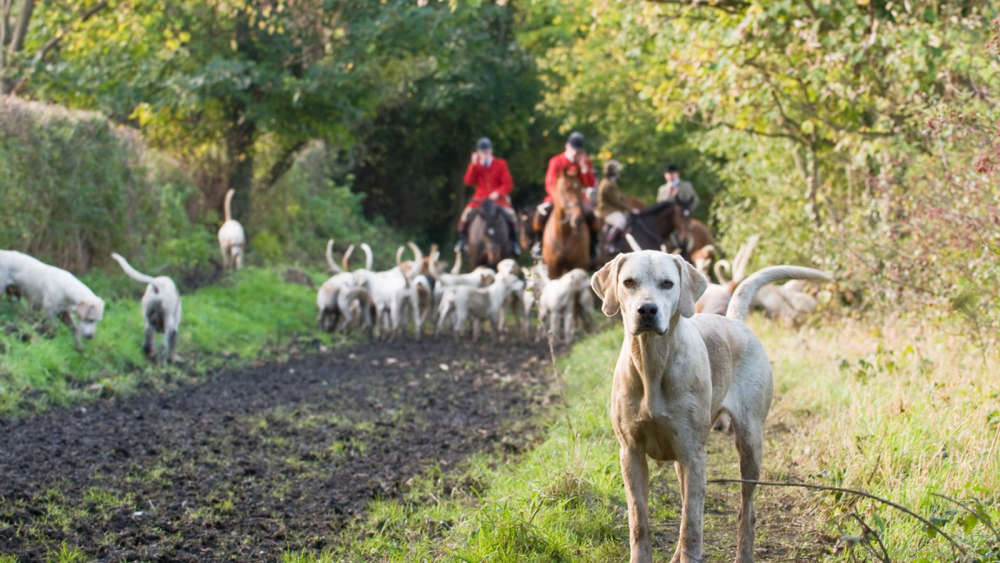