Beyonce drops 'Homecoming: The Live' album ahead of Netflix documentary 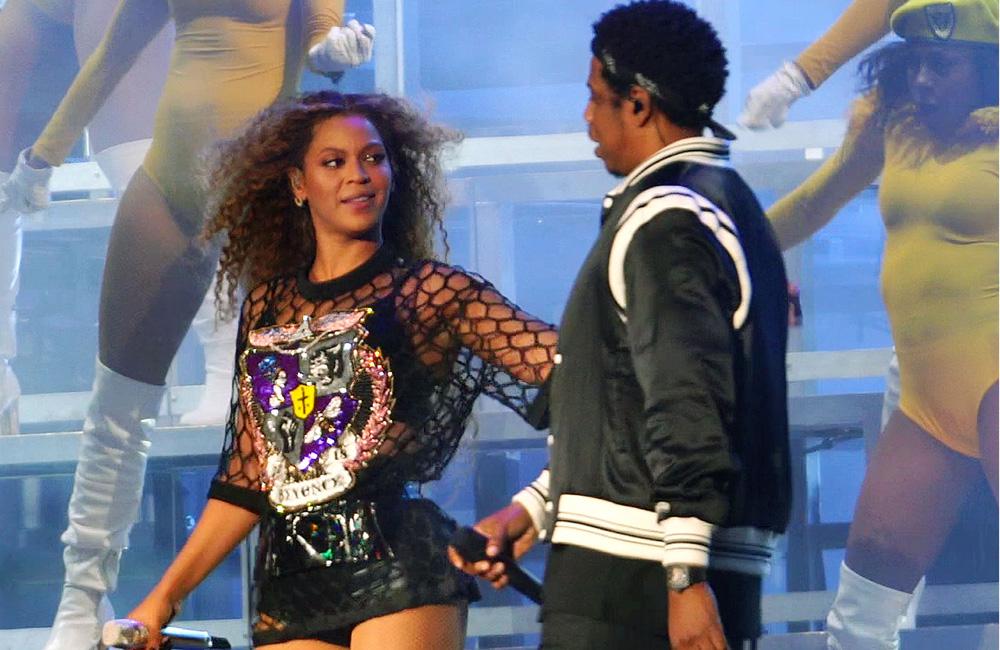 The new record 'Homecoming: The Live Album' features 40 tracks, many of which were recorded at the 'Formation' hitmaker's iconic headline set at Coachella in 2018.

Among the extensive live recordings is Beyonce's cover of 'Before I Let You Go' by Frankie Beverly and Maze, which soundtracks the end credits to the film.

The trailer for 'Homecoming' showed Beyonce's seven-year-old daughter Blue Ivy - whom she has with husband Jay-Z - nailing her mother's choreography.

Their little girl could be seen sat in a chair before the 37-year-old superstar and her backing dancings started rehearsing their routines, including Beyonce's signature hair whip move.

Rapper Jay-Z - who also has 12-month-old twins Rumi and Sir with Beyonce - can also be seen sharing sweet moments with his wife in the film.

The 'Crazy in Love' hitmaker made history at Coachella by becoming the first black female solo artist to headline the world famous festival.

Beyonce included the song 'Lift Every Voice and Sing', widely known as the black national anthem, in her set, which features Blue, and is also on the live release.

The 'Halo' hitmaker had previously sung the song to her daughter Rumi.

Speaking about the inclusion of the anthem, she said previously said: "One day I was randomly singing the black national anthem to Rumi while putting her to sleep. I started humming it to her every day.

"In the show at the time I was working on a version of the anthem with these dark minor chords and stomps and belts and screams. After a few days of humming the anthem, I realised I had the melody wrong. I was singing the wrong anthem.

"One of the most rewarding parts of the show was making that change.

"I swear I felt pure joy shining down on us. I know that most of the young people on the stage and in the audience did not know the history of the black national anthem before Coachella.

"But they understood the feeling it gave them.

"It was a celebration of all the people who sacrificed more than we could ever imagine, who moved the world forward so that it could welcome a woman of color to headline such a festival."

'Homecoming: The Live Album' is available to stream now on TIDAL, Spotify and Apple Music.