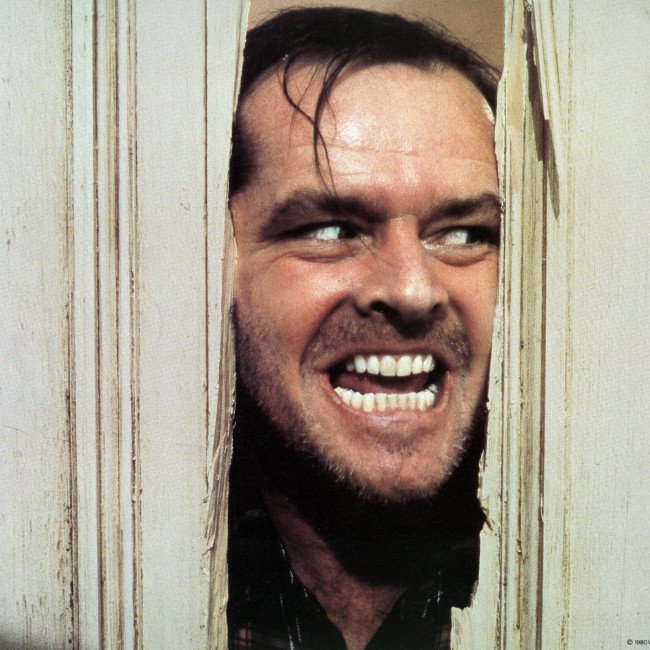 Movie fans have the chance to get their hands on the iconic horror prop - which the legendary actor's character Jack Torrance slams into a door while shouting, "Here's Johnny" after chasing his wife Wendy (Shelly Duvall) because Bristol-based dealer Paul Fraser Collectibles are selling the 35-inch item, which is surprisingly made from foam.

A listing on the dealer's website reads: "This prop stunt axe was substituted for the original wooden axe as a safety measure and for ease of use during filming.

"It would have been used in long shots and when two or more characters were on screen."

The fake axe has been painted to resemble wood grain for the handle and silver tape in place of a metal striking surface, and has a lot of marks and chips on it.

The listing noted: "Displays a pleasing amount of on-set use, including some paint loss to the handle, and slight wrinkling of the silver tape."

According to the sellers, the prop is one of many axes made for use in the film, but few are still in existence now.

"Only a tiny number of foam versions are believed to still exist. A similar example to ours sold for $57,600 in 2019.

"This is a rare opportunity to own one of the most iconic props in movie history."

The lucky buyer will receive the axe in a frame, which has been packed to also include an authenticated signed photo of Jack, which was taken during the making of the 1980 movie.