The final of Love Island 2019 takes place tonight and one lucky couple will win the cash prize of £500,000.

The final four couples are:

Cheers to our #LoveIsland 2019 finalists! 🥂 The vote is now OPEN! 🎉 Head to the app to choose your winning couple.

Anton Danyluk is rooting for Amber Gill and Greg O'Shea to win.

He was booted off the reality show alongside his partner Belle Hassan last night and has said he's keen to see Amber and Greg walk away as this year's winners.

Speaking after leaving the villa, he said: "I would like to see Amber and Greg win it. Amber has gone through a rollercoaster ride. She had that hard shell and no one could break through. Now she's come out of the other side and found someone in Greg. Just to see her go through that experience, she's one of the strongest women I've ever met. I'd love her and Greg to win. Greg has blown her off her feet and it would be an amazing love story."

CHECK OUT TONIGHT'S FIRST LOOK VIDEO BELOW... (the last one for Summer 2019 -*grabs tissues*)

21-year-old Belle agreed with Anto, as when asked the same question, she also named Amber and Greg as her winners.

She said: "Amber and Greg. Absolutely 100 percent. I adore Amber and Greg is such a lovely guy. What they have is genuine and it's so rare for Amber to click with someone straight away and they did. I love Amber, she's fantastic, an amazing person. Greg is man enough to take whatever Amber has to give, and he gives it back but he'll let her win. They look fantastic together." 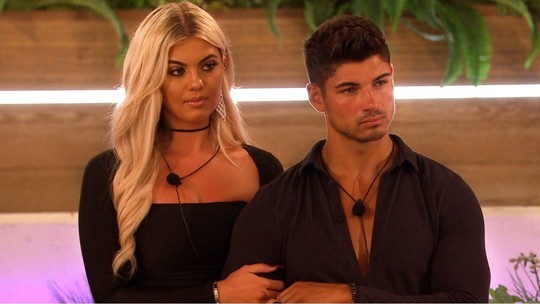 Amber has become a favourite to win the competition after she had her heartbroken by former islander Michael Griffiths earlier in the series. 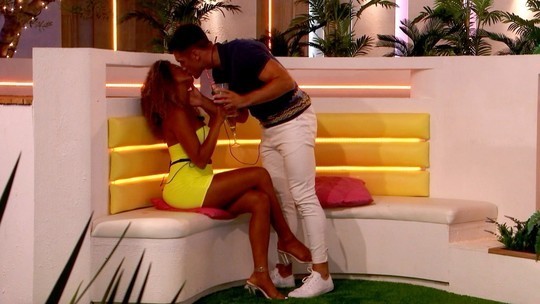 But her and Greg face strong competition from Molly-Mae Hague and Tommy Fury - who are the only official couple in the final four - Ovie Soko and India Reynolds, and Maura Higgins and Curtis Pritchard.

Meanwhile, despite being dumped from the villa one day before the final, Anton and Belle are hoping to continue their romance off-screen.

Belle said: "We'll take things day by day and see how it goes, but the future looks good. We've been genuine, real and try to ourselves. We haven't faked anything. We haven't allowed ourselves to get wrapped up in it all, we're realistic about things. It's cemented a solid foundation and we can hopefully get through the challenges of missing each other. The future looks good."

"I came in as a boy, I feel like I came out as a man." - Anton is looking forward to his future with Belle 💖 #LoveIslandAftersun pic.twitter.com/fb3PurcSxH

Who will be crowned the winners of Love Island 2019?

We will soon find out later tonight when the series concludes at 9pm on ITV2.