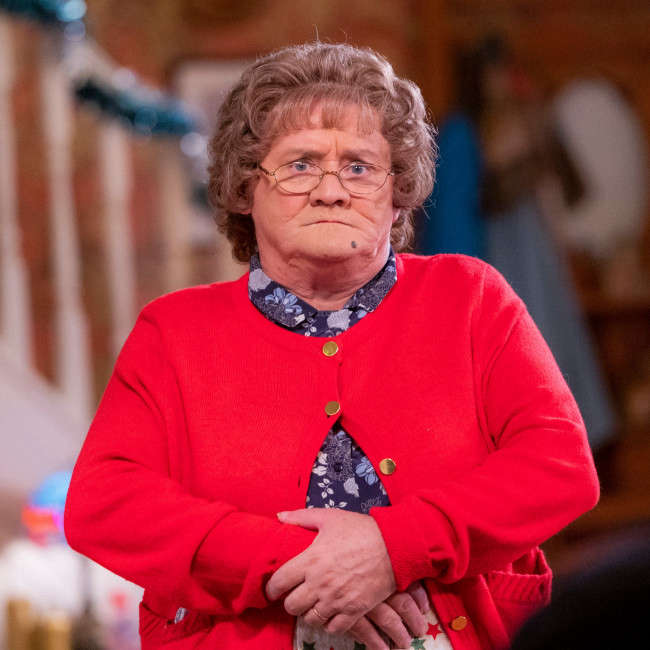 'Mrs Brown's Boys' is set to return for a live Halloween special.

The BBC sitcom will celebrate its 10th anniversary with a one-off live broadcast which promises "spooky going's on in the Brown household" as Agnes Brown - played by the show's creator Brendan O'Carroll - will be joined by the whole family.

Brendan said: "It’s a huge thrill to do another 'live' show for the BBC.

"It’ll be so wonderful so see them nervous all over again. We will be trying our best to stick to the script, but honestly a script is just a guideline! Bring it on!"

The programme was broadcast live for the first time in 2016, and BBC's chief content officer Charlotte Moore is excited to see what the team have planned.

She commented: "I’m thrilled that we are marking the 10th anniversary of the award-winning 'Mrs Brown’s Boys' coming to BBC One with this very special live broadcast.

"A huge thank you to Brendan and the team for keeping us all so brilliantly entertained for a decade.

"I can’t wait to see what mischief Agnes and family have in store for us this Halloween.”

Meanwhile, it's said that the crew are already excited by the prospect of designing Halloween costumes for the cast.

"It's a great way to give the sitcom a fresh dose of material and fans will be in for a real treat.

"The show's wardrobe team are going to have a field day, especially when they come to decide what outfits Agnes will wear."

Meanwhile, Brendan has previously insisted he doesn't think the show will ever be axed due to political correctness.

He said: "I don’t think Mrs Brown will be affected, and I often question myself is Mrs Brown, me a man dressing up as a woman to play Mrs Brown, the same as blackface?

"And decided no it’s not, because I’ve never played Mrs Brown as a man playing a woman like they do in films like 'Mrs Doubtfire'. Agnes is a woman like Dame Edna.

"I would never go out of my way to be racist or homophobic so I’m not that worried myself because I only write what I think is funny, and you hope that enough of an audience agrees with you."