The Royal Mint are to produce a series of commemorative coins in honour of Sir Elton John. 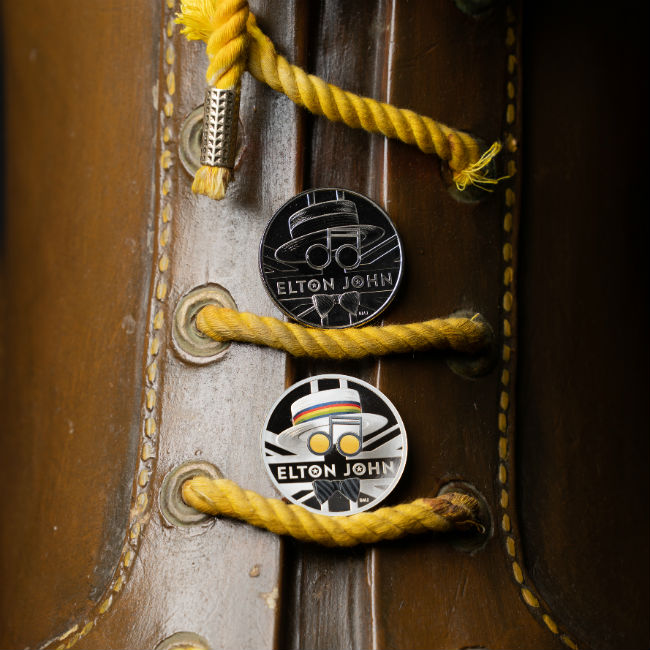 The 73-year-old singer has admitted it is a "truly humbling milestone" after the Royal Mint chose to commemorate his long career with the latest in their Music Legends series of uncirculated money.

The coins have been designed by artist Bradley Morgan Johnson and he used a musical note design to create Elton's iconic round glasses, topped with a straw boater hat and bow-tie on a Union flag background.

The 'Goodbye Yellow Brick Road' hitmaker said: "It really is a fabulous honour to be recognised in this way.

"The last few years have contained some of the most memorable moments of my career, and this is another truly humbling milestone on my journey."

The commemorative coins will be available to purchase in Gold proof, Silver proof and Brilliant Uncirculated editions.

In these strange times, #music can be a great tonic. Celebrating 50 top 40 hits and over 300 million albums sold worldwide, our 2020 tribute to The Rocket Man is ready for launch 🚀. Turn up the volume, and let’s (crocodile) rock! >> https://t.co/rMuDBtqBwL @eltonofficial pic.twitter.com/aG1DEgLBf9

Clare Maclennan, Divisional Director of Commemorative Coin and The Royal Mint Experience, said: "Elton John is without a doubt a British music legend and is recognised as one of the most successful singer-songwriters of his generation. We are delighted to honour Elton's significant contribution to British music on a UK coin.

"This is the second coin in The Royal Mint's new Music Legends series, marking the work of our exceptional British musicians."

In addition to the collection, Elton is also working with the RoyalMint to create a one-off collector's piece, which will be auctioned off later this year to raise funds for the Elton John Charitable Trust.

In January, Queen were the first band ever to be honoured on UK currency when they were the first act chosen to be minted for the Music Legends series.