I Want You Back

The Grand Tour Presents: Lochdown to launch in July 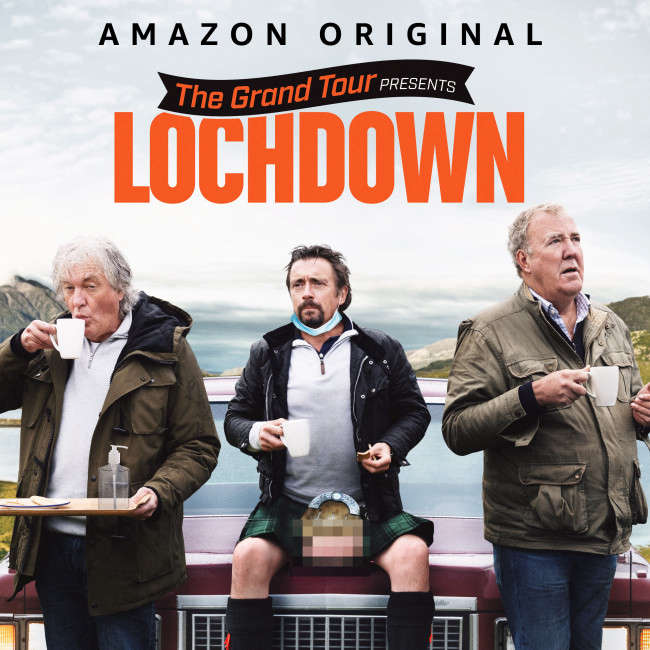 'The Grand Tour Presents: Lochdown' will launch on July 30th.

The Amazon Prime Video show will see stars Jeremy Clarkson, Richard Hammond and James May head to Scotland in a coronavirus lockdown special, to celebrate the great 1970s American cars they used to see in TV programmes during their younger years.

Along the way, the trio will cause chaos on the streets of Edinburgh, enjoy an hilarious, high-octane showdown with Abbie on the racetrack, and also stage an epic Cold War shootout between the worst Soviet and American cars ever made.

The co-hosts will also use classic muscle cars to put an infamous Pizza Express journey to the test, and they head to the Outer Hebrides for one of their toughest challenges yet.

They are tasked with building a homemade floating bridge across the Hebridean sea, capable of supporting them and their massive cars on a perilous journey to their final destination.

Jeremy previously admitted they had bumped into a number of famous faces during their travels in Scotland.

He said: "With Scotland we knew we couldn’t go abroad, so we took a look and thought, 'Well, the Outer Hebrides then'.

"And when we got there, we bumped into the producer of 'A League of their Own', Joanna Lumley, Bob Mortimer, Paul Whitehouse, every single TV show you could think of that ordinarily would be somewhere else in the world was suddenly in the Outer Hebrides."

It comes after the trio's 2020 Christmas special, 'The Grand Tour presents: A Massive Hunt', was handed an early release in December.

Jeremy said at the time: "We've had [the speculation] constantly now for a year. We're very, very bored with it. So we've decided that it can go out early."

The popular presenting trio - who previously hosted 'Top Gear' on the BBC - go hunting for treasure in four-wheeled vehicles in the programme.