Two 'Love Island' couples will be dumped from the villa tonight 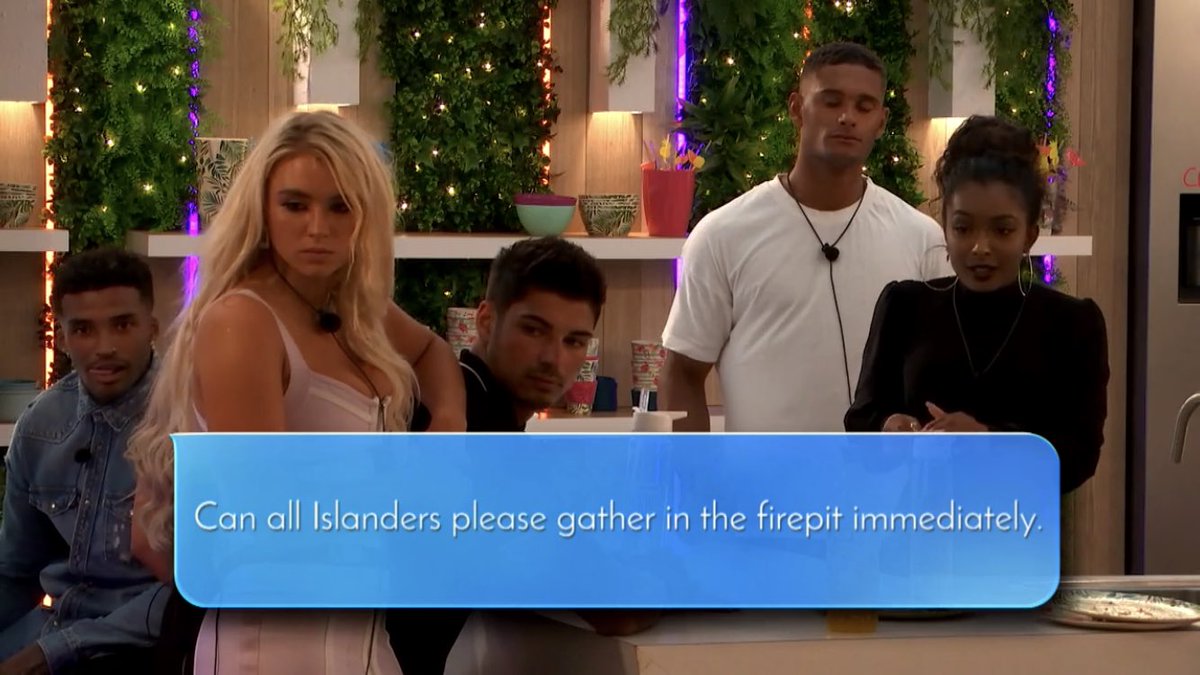 The villa residents will be left in shock when Maura Higgins receives a text asking the Islanders to gather around the fire pit "immediately" while they are having fun celebrating Anna Vakili's 29th birthday.

Following a vote to discover the public's favourite couple, the three couples - excluding Jordan Hames and Amber Gill, who are single - with the fewest votes are revealed and told they are at risk of being dumped.

The couple with the fewest votes are dramatically dumped from the island, and with the other two pairs thinking they are safe Tommy Fury receives a text explaining that is not the case.

"The couple which stays and couple that is dumped will be decided by your fellow Islanders."

Earlier in the episode, the Islanders enjoy a great birthday celebration for Anna, who feels "so special".

Speaking in the Beach Hut, she says: "It touched my heart. It made me feel so special. I felt like the luckiest girl, ever."

Jordan - who Anna looks to have got back with after smooching him, despite being coupled up with Ovie Soko - gave a speech, and the 24-year-old model joked she is "a cougar".

He says: "Huge happy birthday to Anna. Also, we can officially say that she is a cougar now."

If that wasn't enough, Anna is also serenaded by fellow Islanders Molly-Mae Hague and Amy Hart, who make up a special song for her.

They sing: "Our girl today is 29 and we must say she looks way fine. Anna is clever, wise and strong, she’s always there when something goes wrong. Jordan says he loves her toes; will he suck them? No one knows!

"This song is going on without further ado, all that is left to say is happy birthday to you."