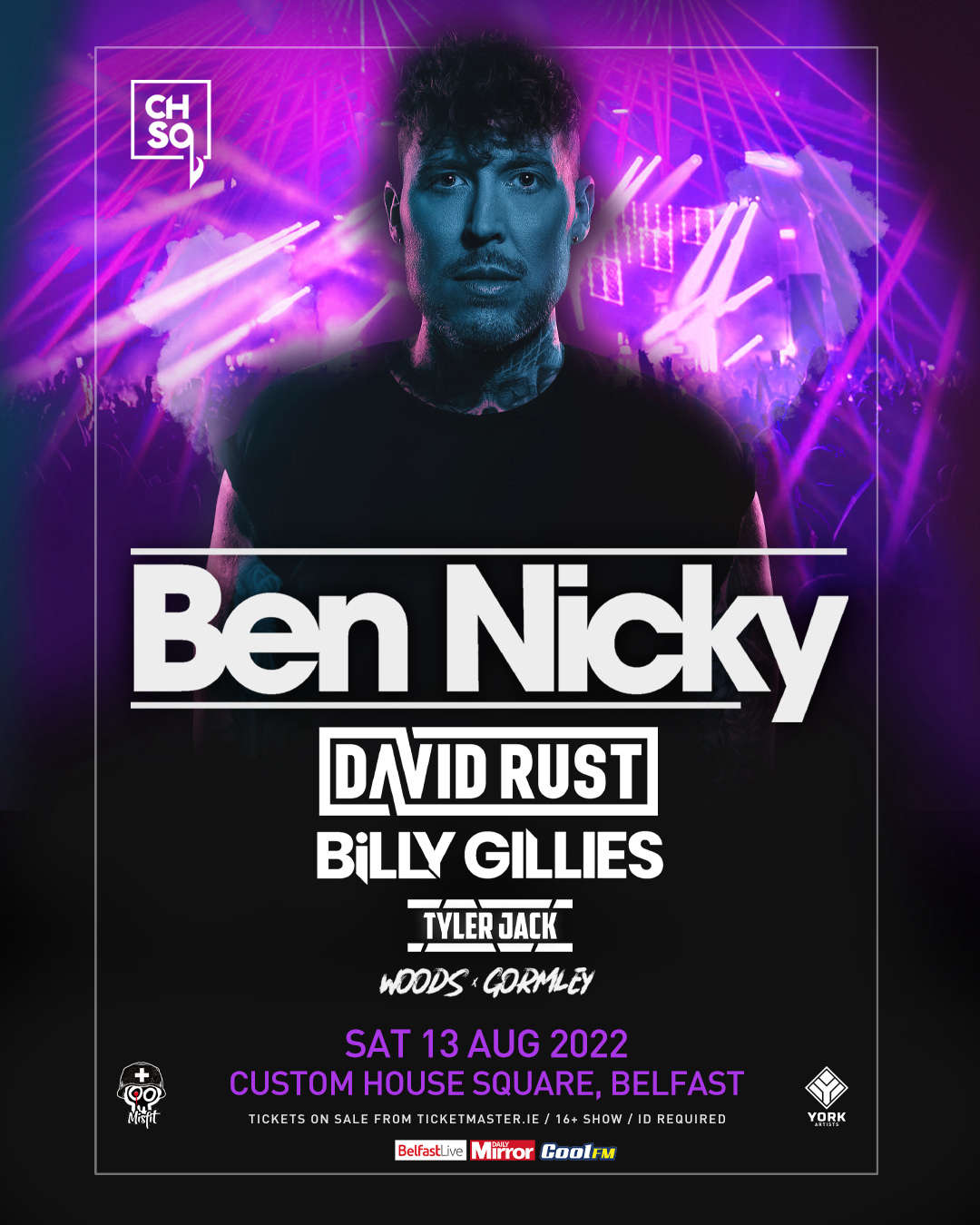 Tickets on sale Wednesday 23rd February at 9am from ticketmaster.ie

Following a string of SOLD OUT Belfast shows including Belsonic 2021, international DJ / producer sensation Ben Nicky is set to return with a headline show at Belfast’s Custom House Square on Saturday August 13th 2022.

For this very special show, Ben will be joined on the night by David Rust, Billy Gillies, Tyler Jack and Woods & Gormley for one of the highlights of the 2022 calendar!

Ben Nicky has cemented himself as the leader of a collective scene that continues to grow in popularity worldwide. The last 12 months have seen Ben’s music reaching new heights as his collaborations and solo tracks have dominated the Beatport, iTunes and Spotify charts, coupled with his social media platforms being one of the most viral within the scene.

With Ben’s multi-genre approach and diversity within his sets, he is not confined to one style and this has grown his fanbase all over the world. It’s this mindset that is creating a new movement within the dance music realm as Ben progresses into the higher echelons of electronic music artists. ‘We Come One’; Ben’s rework of the classic track by Faithless, recently hit 1 billion views worldwide between all platforms, with regular daytime airplay on some of the biggest radio stations. 2022 shows no sign of slowing down for Ben as his diary fills up and yet again becomes one of the world’s most travelled artists, with the Custom House Square show in August bound to be another highlight of the year.