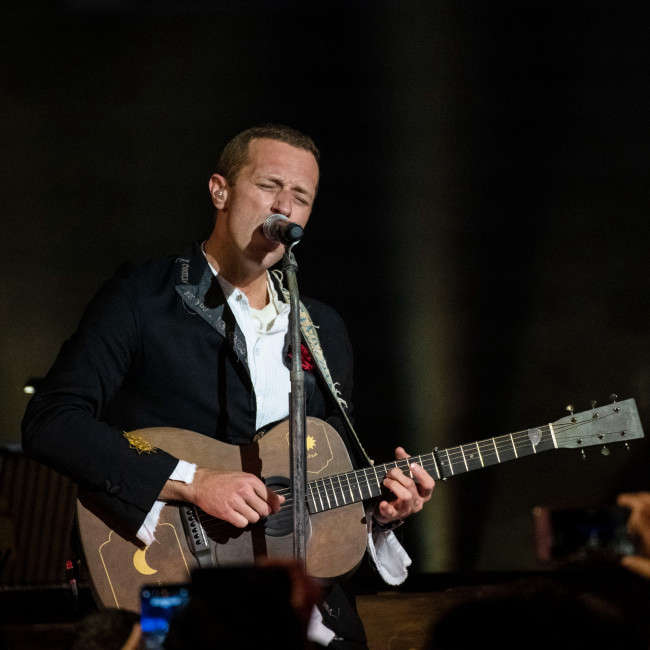 Coldplay will stop making records after their 12th album.

The band are releasing their ninth studio album, 'Music of the Spheres', this week, and frontman Chris Martin admitted the 'Yellow' hitmakers will only make another three records afterwards before quitting the recording studio for good.

He said: "I think that in a few albums time we will finish making albums.

"This is not a joke, this is true, I think after 12 that will be the end of our catalogue."

However, frontman Chris wouldn't want Coldplay to retire completely, as the 44-year-old singer is keen for the band - also made up of Jonny Buckland, Guy Berryman, and Will Champion - to play live shows into their 70s.

He said: "But I think we will always want to play live together.

"So, I think in the way that the Stones do, it will be so cool if we can still be touring in our late 70s.

"That will be wonderful, if anybody wants to come."

Chris also admitted it was a "real joy" to team up with K-pop sensation BTS recently on track 'My Universe'.

Speaking to Absolute Radio’s Andy Bush, he added: "It's just been a real joy to do that song with them from start to finish.

"It was such a weird idea, and it was so wrong on paper in a way, but it allowed us to bring out our inner boyband and them to bring out their inner old man band and collaborate in a middle-aged band."

The group shot to fame following their debut album 'Parachutes', which was released in July 2000.

Absolute Radio is also broadcasting Coldplay's London O2 Shepherd's Bush Empire concert, which is in celebration of their incredible new album ‘Music of the Spheres’. Broadcast on album release day this Friday, you can listen to extended highlights from 7pm.