Meghan Trainor - Made You Look (Instrumental)

Multi-platinum singer-songwriter David Gray has announced he will bring his latest tour to Belfast next year.

The tour will include:

Tickets for the tour will go on sale at 9am on Friday October 11th. Fans can have access to pre-sale tickets on Wednesday October 9th by pre-ordering products from the remastered collection here: www.DavidGray.com. 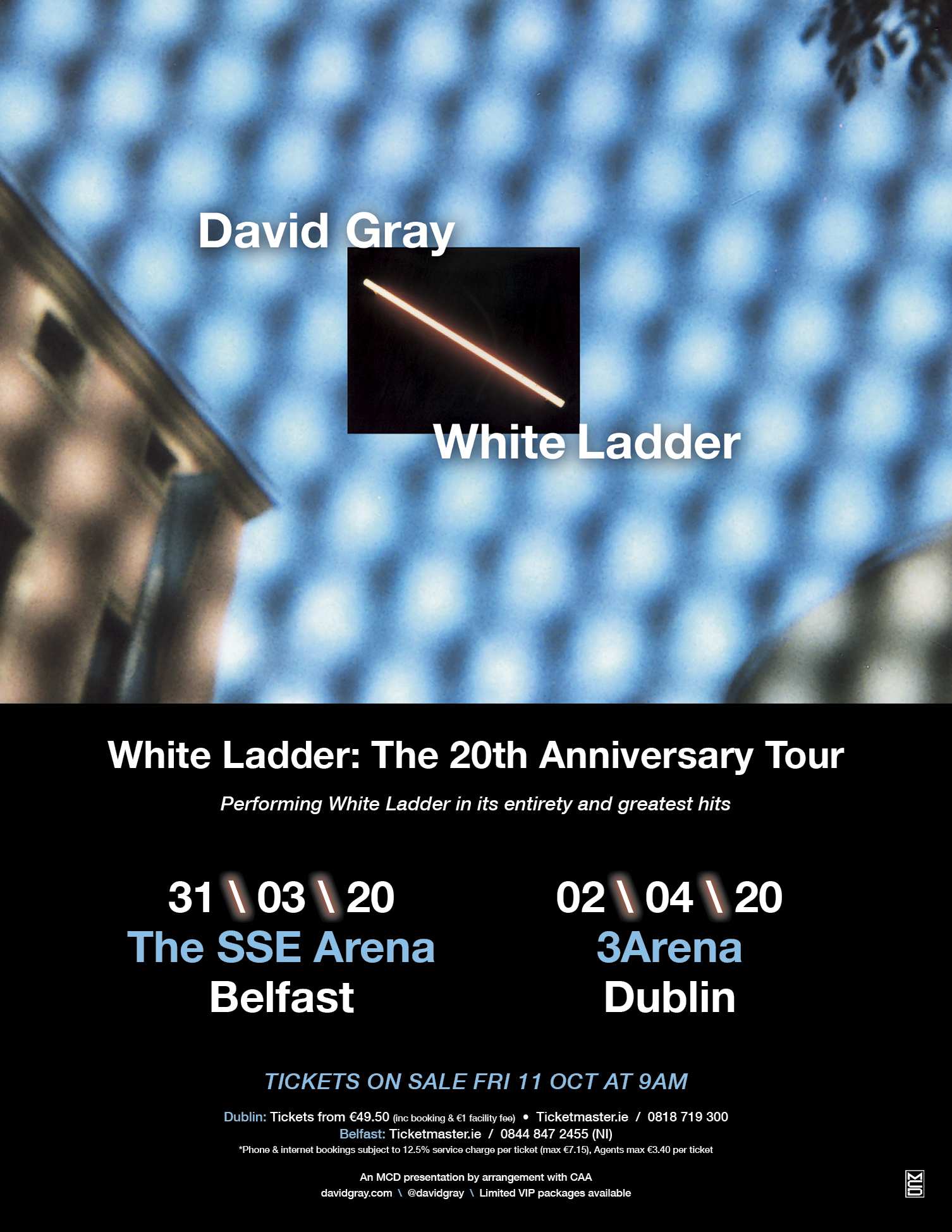 Talking about the announcement, Gray says:

"It’s the 20th anniversary of White Ladder, a unique record with its own remarkable history. Jammed full with big, open hearted songs and flooded with a raw emotional energy. It’s an album that came from nowhere to steal the hearts of millions all over the world, completely transforming my life in the process."