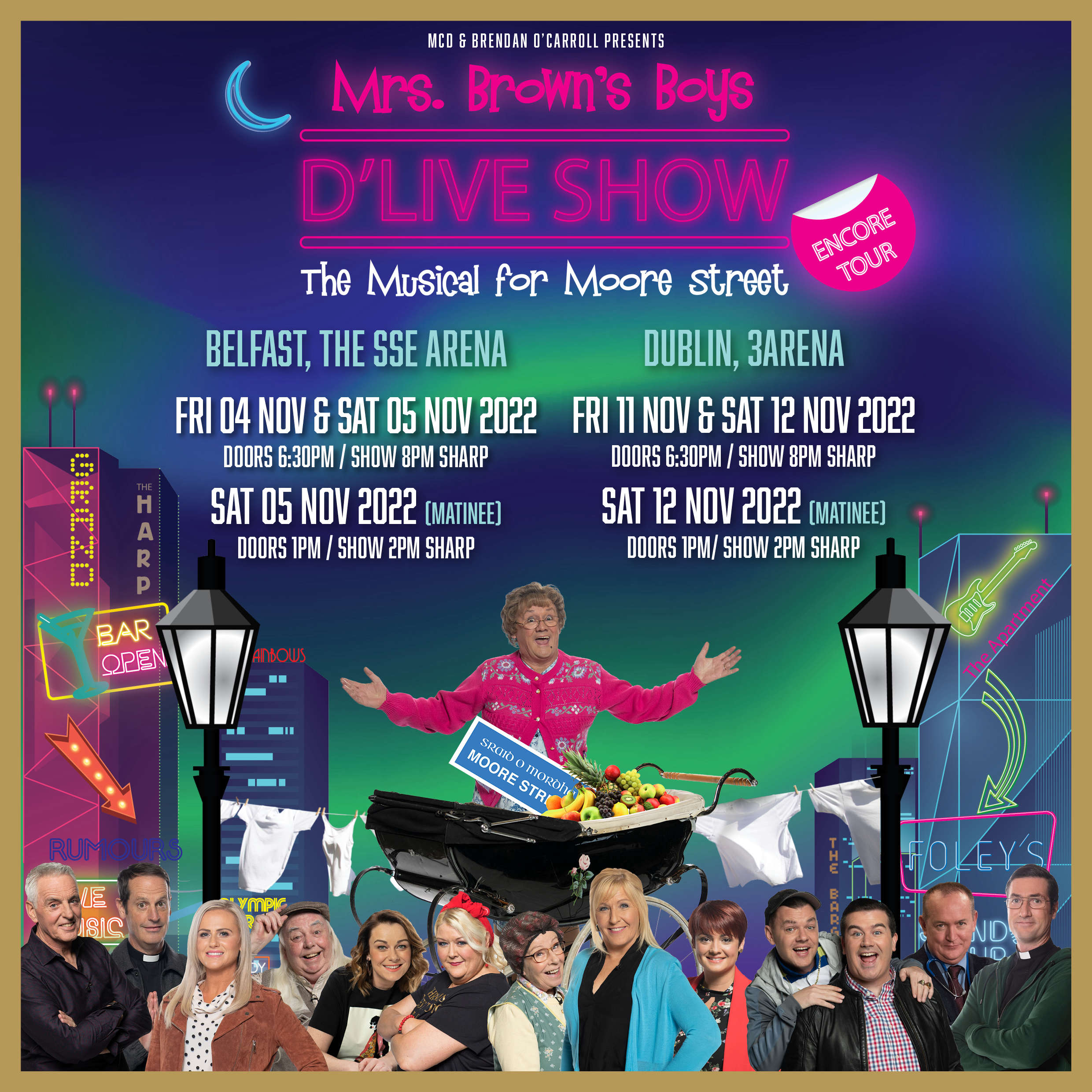 The Award-Winning Brendan O’Carroll and Mrs. Brown’s Boys have today announced that the ‘Mrs. Brown’s D’Live Show…Encore Tour’ will now return for Irish dates in November 2022.

Tickets go on sale Friday 25th March at 9am via www.ticketmaster.ie 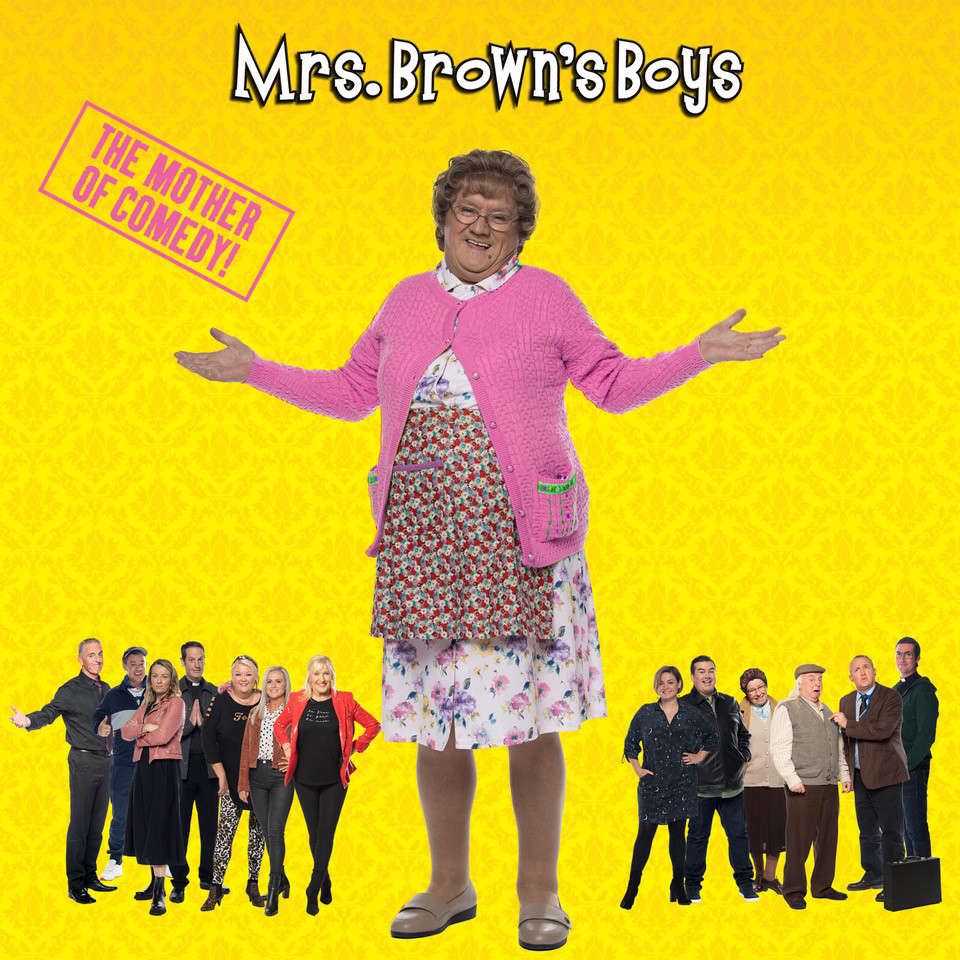 Mrs. Brown’s Boys promises to take audiences on an exhilarating and side-splitting adventure. Brendan O’Carroll said: “It’s the funniest thing I’ve ever written. Even I laugh and I know what’s coming next!”

If you haven’t experienced Mrs. Brown’s Boys live show, this tour is set to be one of the hottest tickets for 2022 and is not to be missed.