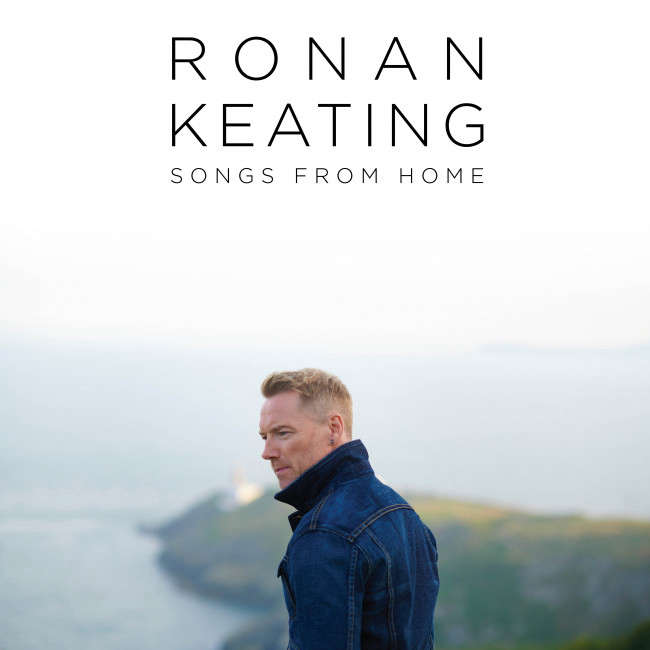 Ronan Keating is set to pay homage to his homeland of Ireland on his upcoming album, 'Songs From Home'.

The Boyzone star has handpicked 12 songs that celebrate his heritage for the collection, which is released on November 12 via Decca Records, and the record also includes an original song.

A press release states that: "The album toasts Ronan Keating’s love for Irish music, as well as its continued significance in his life. Celebrating traditional poetry and folklore alongside contemporary pieces, 'Songs From Home' forms the ultimate soundtrack to Ronan’s personal story. Masterfully, Ronan weaves between unheard tales of his youth to artists embedded in Ronan, and Ireland’s, substantial musical heritage."

The 'Life Is A Rollercoaster' hitmaker - who is from just outside of Dublin in Swords - duets with Irish folk legend Mary Black on her track 'No Frontiers', while on 'Heyday' he pays homage to the late American–born Irish singer-songwriter Mic Christopher.

The record opens with the iconic tale of 'Raglan Road' in Dublin, and 'Summer in Dublin' sees Ronan look back fondly on the summer of 1990, just before boy band Boyzone shot to fame.

After the 'Shivers' hitmaker played guitar on the 'When You Say Nothing At All' hitmaker's last record, 2020's 'Twenty Twenty', the chart-topper confirmed he's "done something" on the follow-up.

Ronan said of his upcoming projects: “I have got an album in November and a tour in January, February and March. It’s a concept record.

“Indirectly Ed has done something on the new album but I can’t tell you any more at this stage.

“He played ­guitar on the last one on a couple of songs.”

'Twenty Twenty' saw Ronan dip his toes into country music, as he joined forces with Australian actress-and-singer Clare Bowen - who is best known for her role as Scarlett O'Connor in the ABC/CMT musical-drama television series 'Nashville' - on the duet 'Love Will Remain'.

Ahead of the release of 'Songs From Home' in November, Ronan will release the first single, 'The Blower's Daughter', on Friday (08.10.21).

The 'Songs From Home' track-listing is:

3. 'Where The Streets Have No Name'