Somme Wreath Gesture Shows I’ll be a First Minister for all, Says O’Neill 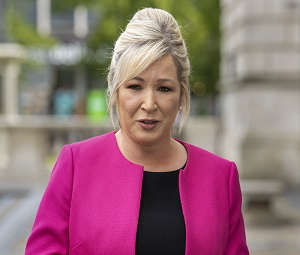 Sinn Fein’s vice president has said that laying a wreath to mark the Battle of the Somme sends out a strong message that she wants to be a leader for all in Northern Ireland.

While Sinn Fein lord mayors in Belfast have laid laurel wreaths on the anniversary of the First World War battle in previous years, Friday was the first occasion a member of the party’s leadership has taken part.

Ms O’Neill joined current Sinn Fein Lord Mayor Tina Black to lay a wreath on Friday morning, two hours ahead of the official commemorative event marking the first day of the battle in 1916.

The anniversary is steeped with historical significance for the unionist community in Northern Ireland.

The two republican politicians stood in silence in front of the Cenotaph at City Hall after laying the wreath for those who died.

However, DUP MP Gavin Robinson suggested there should be no need for “segregated commemoration” in Northern Ireland, questioning why Ms O’Neill had not gone to the main event.

Sinn Fein has previously cited such British military trappings in explaining why it continues to stay away from such commemorative events in Northern Ireland.

Ms O’Neill, who will be entitled to be nominated as first minister when and if power-sharing is resurrected, said her actions on Friday proved her commitment to work for everyone in society. 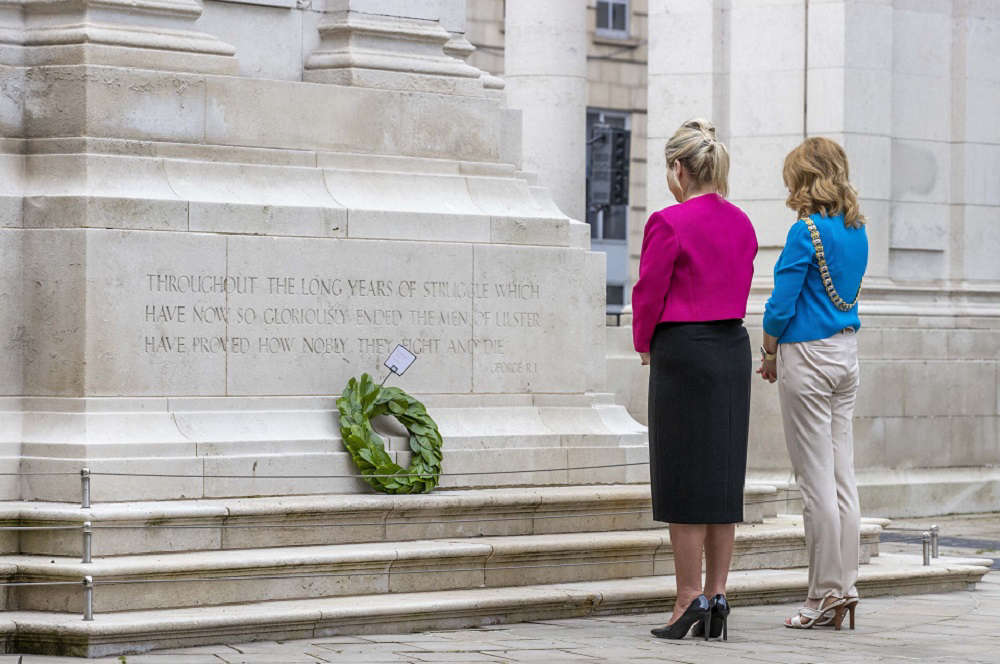