Dua Lipa is hoping to release some new music in the near future as she's currently busy in the recording studio. 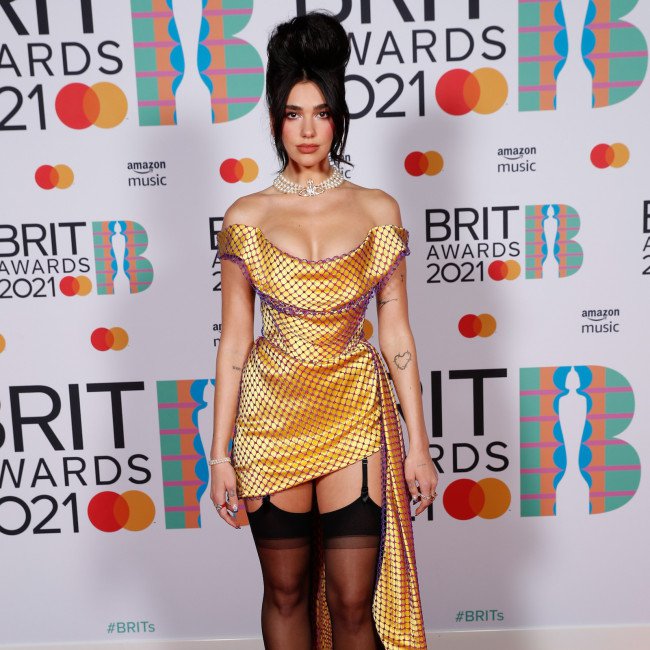 The 'Don't Start Now' hitmaker only released her second album, 'Future Nostalgia', a year ago but she's been hard at work in the studio and hopes fans will be able to hear some fresh tracks from her in the near future.

She said: “I’m working on some bits, so possibly there will be something soon.”

With the coronavirus pandemic limiting how the 25-year-old singer could promote her album on its release, she's still hopeful that she'll get chance to take the record on tour at some point.

Asked on the red carpet at Tuesday's (11.05.21) BRIT Awards if the event marked the end of the chapter for the album, she told NME: "Yeah, I think so! This kind of feels like a good way to round it up – especially with performances – but I’ve still got everything crossed that hopefully I’ll be back on the road and still touring this album.”

Dua - who won the British Female Artist and Album of the Year awards and performed a 'Future Nostalgia' medley - was "absolutely buzzing" to be at the event at London's O2, which was part of the UK government's trial programme for bringing back crowds to events.

She said: “It is really nice to be outside, and on the red carpet, and at the BRITs – it’s all really exciting.

“It’s really exciting to be back on stage, to be performing to a live audience, to get to do songs that I’ve been so excited to perform at home. I’m just absolutely buzzing – it’s going to be a really fun night.”

And the 'One Kiss' hitmaker was hoping to cross paths with Arlo Parks, who won the Breakthrough Artist honour.

She said: “I haven’t met her yet, but I would really love to meet Arlo Parks.