Madness to play in Belfast 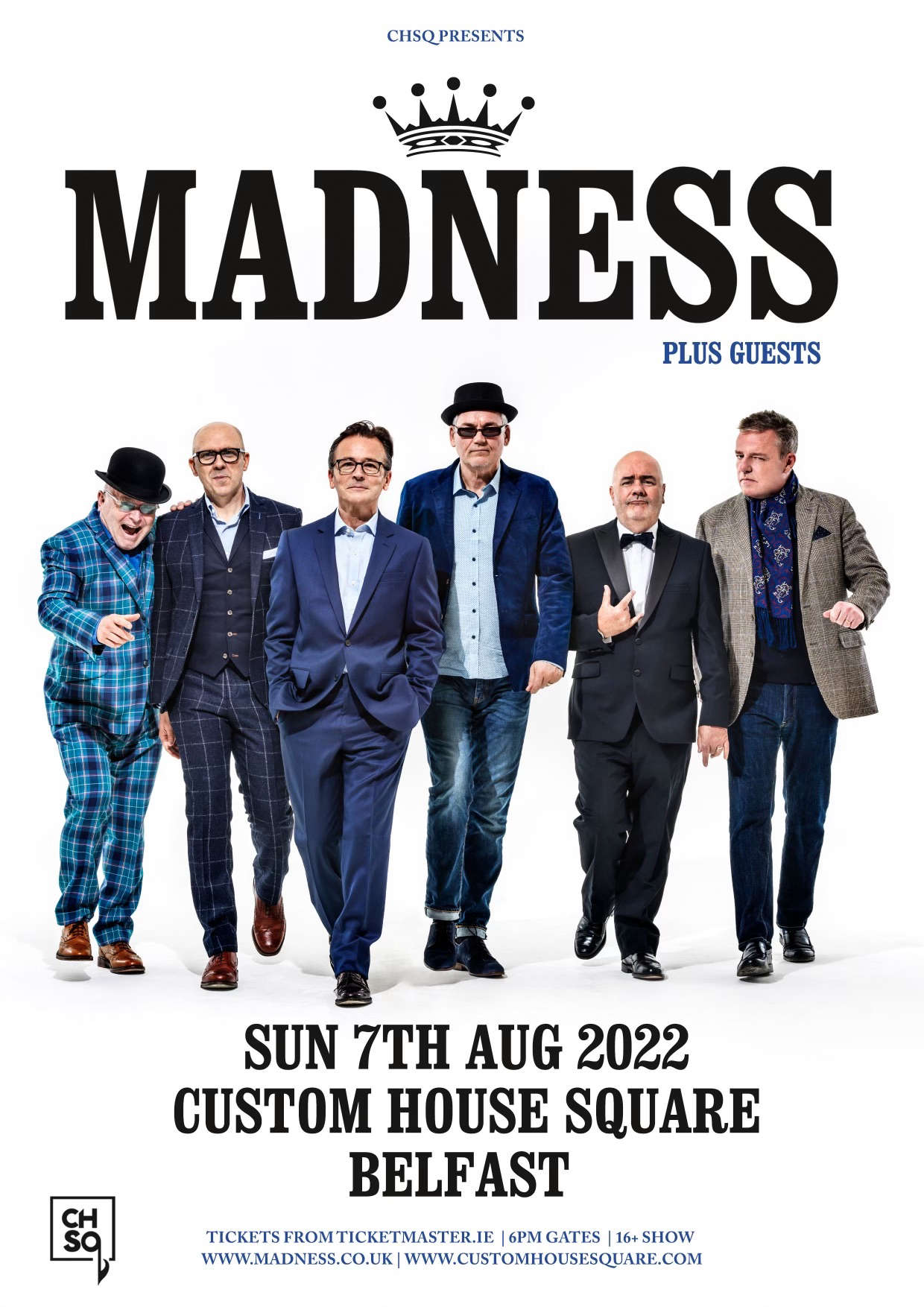 English Ska legends Madness are pleased to announce a return to Belfast with a headline show at Belfast’s CHSq on Sunday 07th August 2022. Formed in the mid to late 1970s Madness are one of the top 20 selling UK groups of all time, with seven top ten albums, 22 top 20 hits and over six million album sales to their name. It’s been an incredible few years for the nutty boys from their gold selling ‘Can’t Touch us Now’ album, sell out shows to their compilation ‘Full House.

Encompassing the length and breadth of their stellar career and released in November 2017, ‘Full House’ captures the legendary British pop band’s much-loved recorded output to date. Since the release of their last best-of in 2012, Madness’ phenomenal career has continued to go from strength-to-strength with the release of the critically acclaimed, top 5 album ‘Can’t Touch Us Now’ and the top 10 charting, gold selling ‘Oui Oui, Si Si, Ja Ja, Da Da’. Containing hit singles from both of those albums, and unfolding largely in chronological order, ‘Full House’ is a best of and then some, featuring 42 of the songs that have made Madness one of the nation’s best loved bands. Kicking off with 1979’s ‘The Prince’ and wrapping with 2017’s ‘Another Version Of Me’, the album takes in bona-fide classics such as ‘Our House’, ‘Night Boat To Cairo’, ‘It Must Be Love’ and ‘Can’t Touch Us Now’ along the way.

For @RSDUK #RSD22 The "Baggy Trousers" EP sees its first 12” outing on 180g vinyl with 5 additional tracks, complete with etched messaging on the vinyl, and the iconic Humphrey Ocean illustration, which graced the cover of the original 7” single in 1980. https://t.co/ZJjYygrUqX pic.twitter.com/mCcvF5RCch

The Nutty Boys’ huge appeal continues to cut across the generations, with new fans discovering their life-affirming back catalogue all the time. ‘House of Common’, their annual family-friendly alternative to Carnival is fast establishing itself as a must on the festival circuit, their legendary ‘House Of Fun’ Weekender goes from strength-to-strength and recent knock-out performances everywhere from Glastonbury to Boomtown, V Festival to Bestival reinforce their unrivalled reputation as one of Britain’s greatest and most enduring live acts.

A comprehensive compilation that perfectly captures the national treasures’ career to date, ‘Full House’ will appeal to fans old and new as Madness prepare to embark on the next stage of a career that has rewritten the rulebook and continually defied all preconceptions.