Music legend Sir Van Morrison will return to the Millennium Forum on Sunday 6 May as part of this years City of Derry Jazz Festival.

It's set to be a very special performance by the Belfast singer. Morrison will be showcasing songs from his most recent studio albums Roll with the Punches and Versatile - as well as dipping into some of his greatest and best known hits from undoubtedly one of the most revered back catalogues in music history.

Tickets go on-sale THIS Friday 19th January 2018 at 9am. More details below. 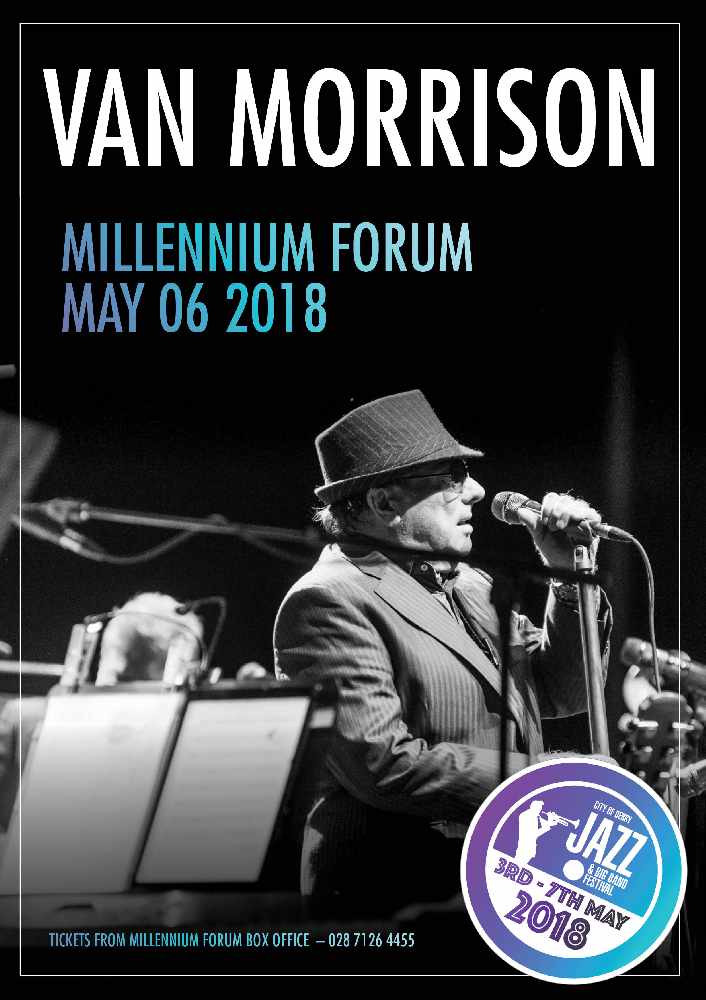 Mayor of Derry City and Strabane District Council, Cllr. Maolíosa McHugh said he is delighted Van Morrison is making a long awaited return to the City of Derry Jazz Festival in 2018 saying it was a huge coup for the festival. He said:

The Council, as organisers of the City of Derry Jazz Festival, is delighted to be working alongside the Millennium Forum & MCD to secure this top quality act for the festival. The last time Van Morrison performed as part of the Jazz Festival was back in 2012 and we are delighted to have him back this year. We are confident he will be a huge draw for jazz and blues music fans from all over the island of Ireland and are looking forward to another hugely successful May Bank Holiday weekend of festival fun.”

Late last year Van Morrison released two albums, Roll with the Punched and Versatile, positive proof that Van Morrison is built differently to other artists. One of very few British recording artists to warrant the description ‘living legend’, Van is currently working at a rate to put musicians a third of his age to shame; an ethic that harks back to his early days as a recording artist who’d easily release multiple brilliant long players within the space of a year.

While Roll with the Punches saw Van revisit many of the definitive rhythm and blues records that have stayed with him all his life, Van’s latest album Versatile, sees him delve further back into recorded music’s archives to interpret some of the 20th century’s greatest vocal jazz standards.

“Recording songs like these - especially the standards - gave me the chance to stretch out vocally and get back to the music that originally inspired me to sing - jazz!” – Van Morrison

Tickets can be purchased via the box office at the Millennium Forum, Derry, online here or by telephone 028 7126 4455.