Black Eyed Peas members will.i.am and Apl.de.ap have explained that Fergie is no longer in the band because she is "focusing on being a mom" to her son Axl. 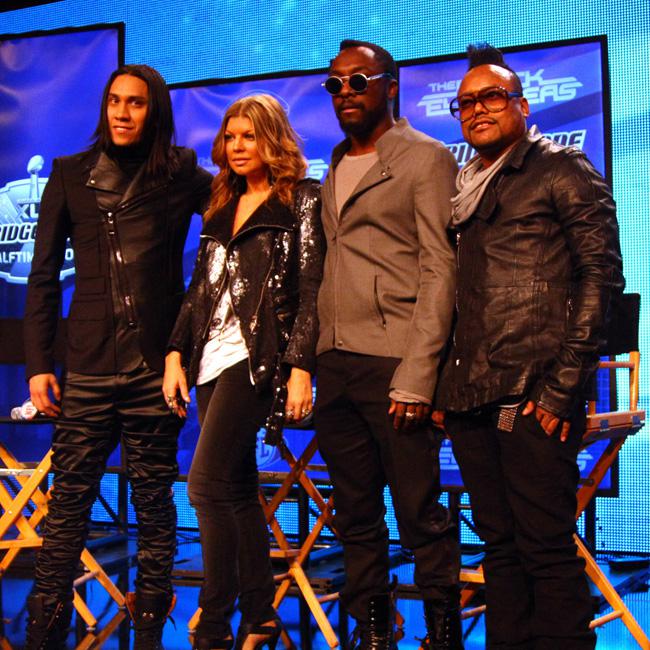 The Black Eyed Peas have revealed Fergie is no longer working with the group because she's "focusing on being a mom".

The 'Ritmo' hitmakers explained that the 45-year-old singer - who quit the group in 2016 - is unable to commit to the 'Where is the Love?' hitmakers because she is busy being a "great mom" to her six-year-old son Axl.

However, they wish her nothing but "awesomeness" and have left the door open for her to reunite with the band if she ever wishes to.

Speaking of their latest album, 'Translation', bandleader will.i.am said: "She [Fergie] hasn't heard it. She's going to hear it when everybody else hears it. I hope she likes it.

"We try to keep in touch. We reach out every once in a while and say our hellos and happy birthdays and Merry Christmas and Happy Easter."

The 'Voice UK' coach continued: "She knows where we're at! We're at the studio. And we love her, and she's focusing on being a mom.

"That's a hard job, and that's what she really wants to do and we're here for her, and she knows how to contact us for a retreat or a breakaway.

"It's really the way Fergie designed it, so we're respecting her design.

"We love Fergie, and we don't want anything but awesomeness for her."

Will's bandmate, Apl.de.ap, added to Billboard: "Fergie is our sister. So even with these small connections, she's always going to be our sister.

"But unfortunately our schedule is displaced by [her] wanting to be a great mom, and she wants to focus on that. And like Will said, we support her 100 per cent."

Meanwhile, Taboo - who is an original member of the group along with will and Apl.de.ap - previously revealed Fergie turned down the chance to reunite with the Black Eyed Peas because she wanted to work on her second album, 'Double Dutchess', which was released in 2017.

Taboo - who battled testicular cancer in 2014 - said in 2018: "When I beat cancer I felt rejuvenated, like I wanted to be back on stage again.

"When we asked Fergie if she wanted to rock with us, she said respectfully, 'I'm going to do the 'Double Dutchess'.'

"And I felt like time waits for no man, so we went in to create the album 'Masters of The Sun Vol. 1', knowing we had to go back to celebrating the accomplishments of us being a trio."